Made adjustments with hoolyhoos switch bracket. Essentially the way I approached it was to import the part into blender, and make the one section of it bigger, and extend it down so that I could have the wiggle room. 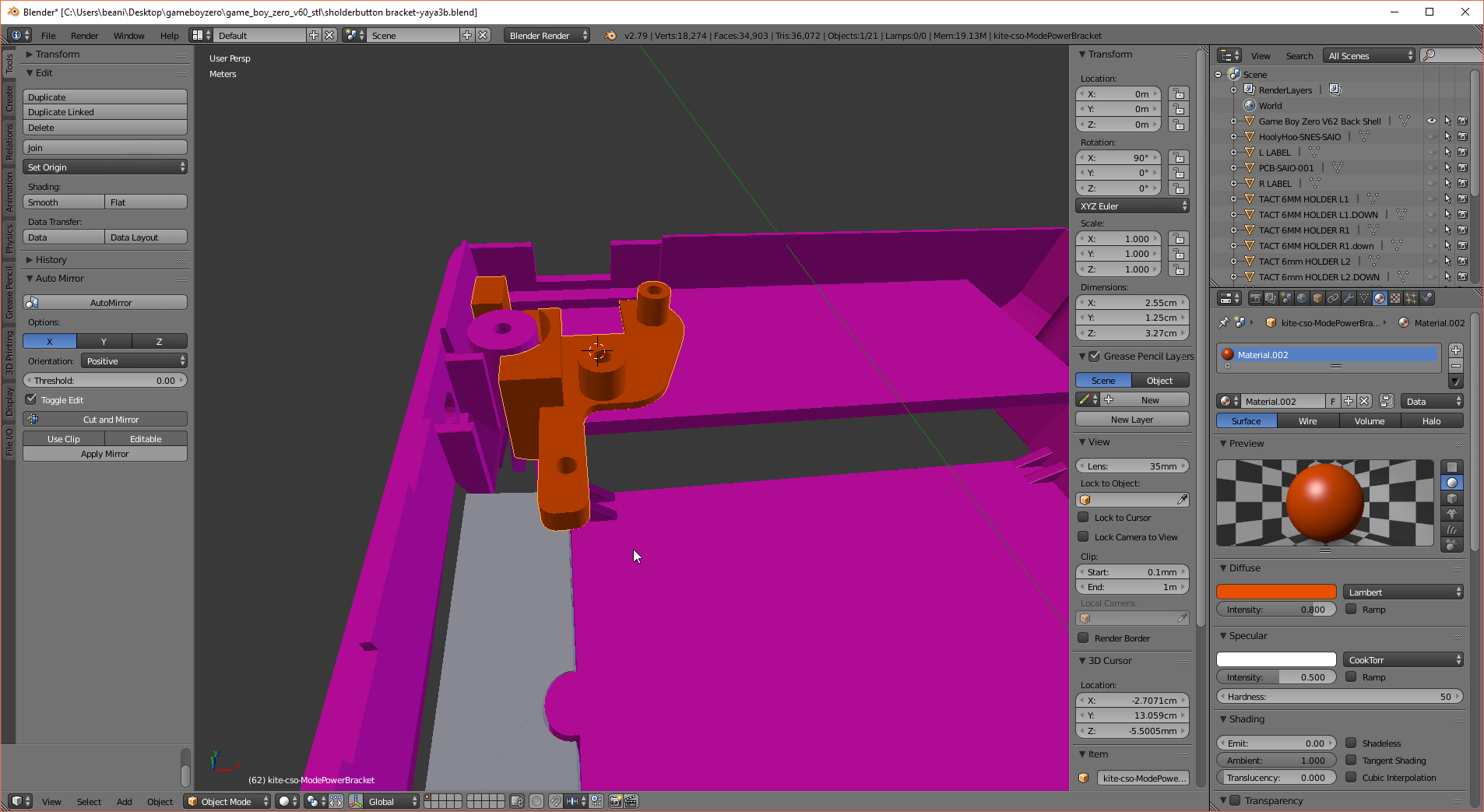 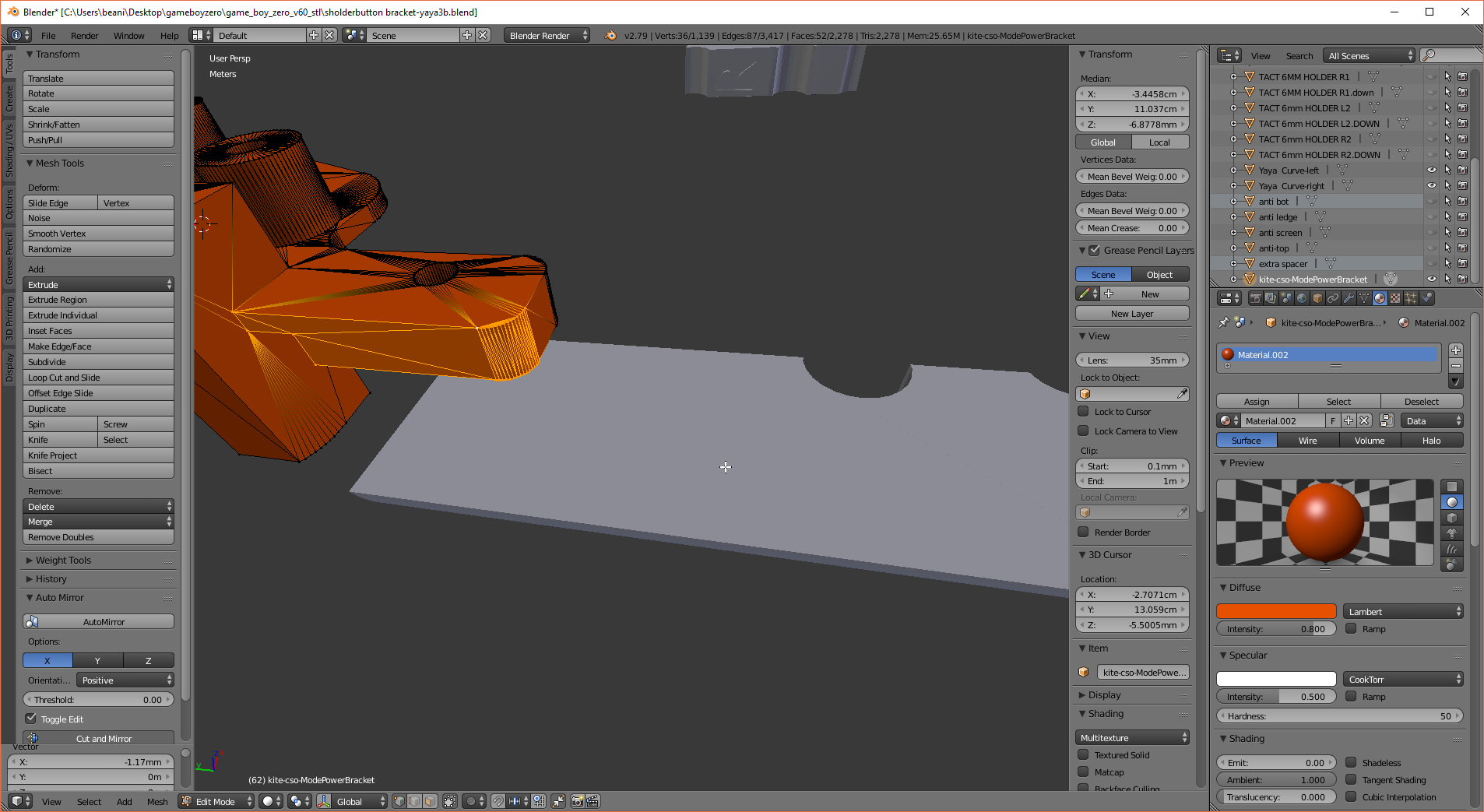 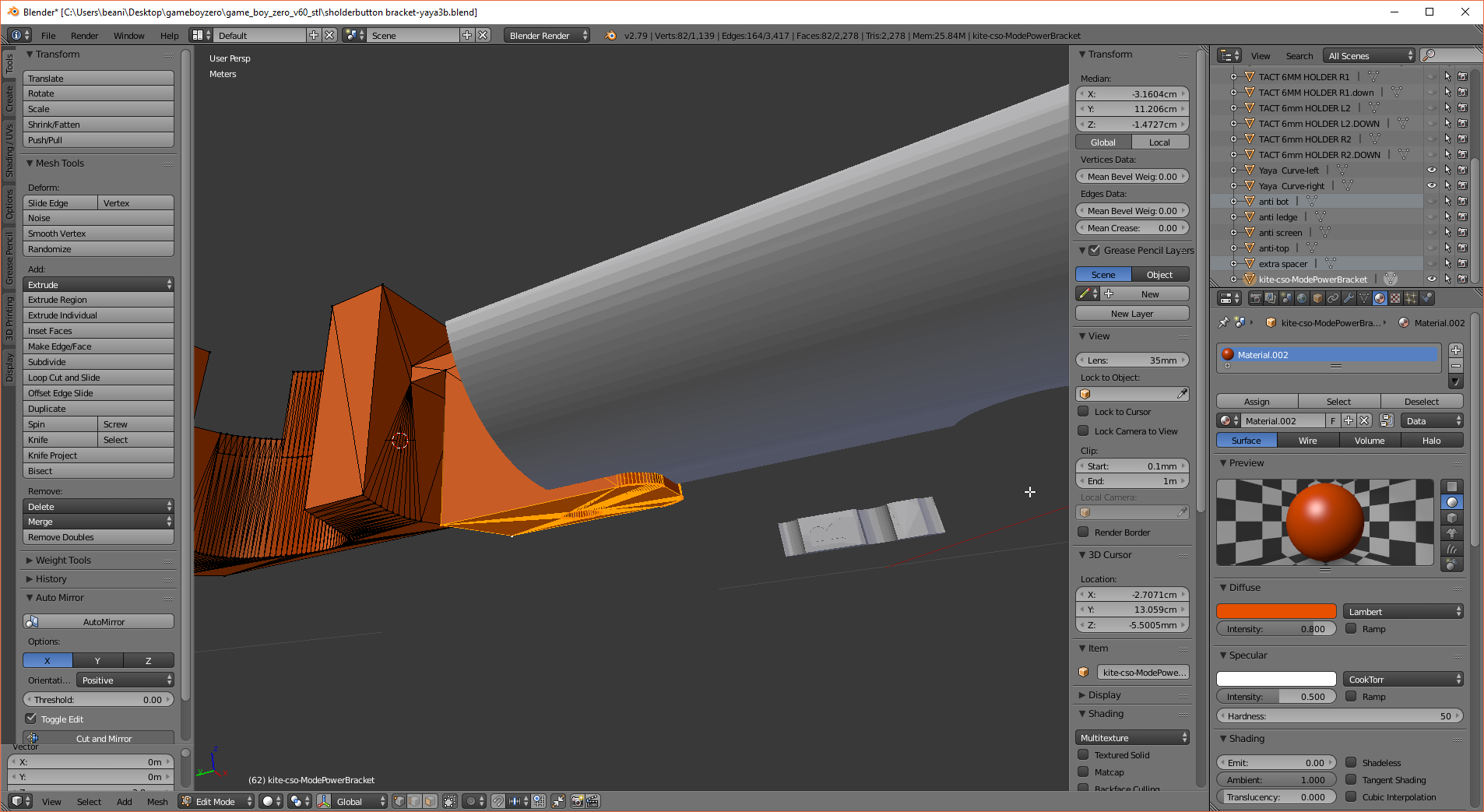 Now I have this. 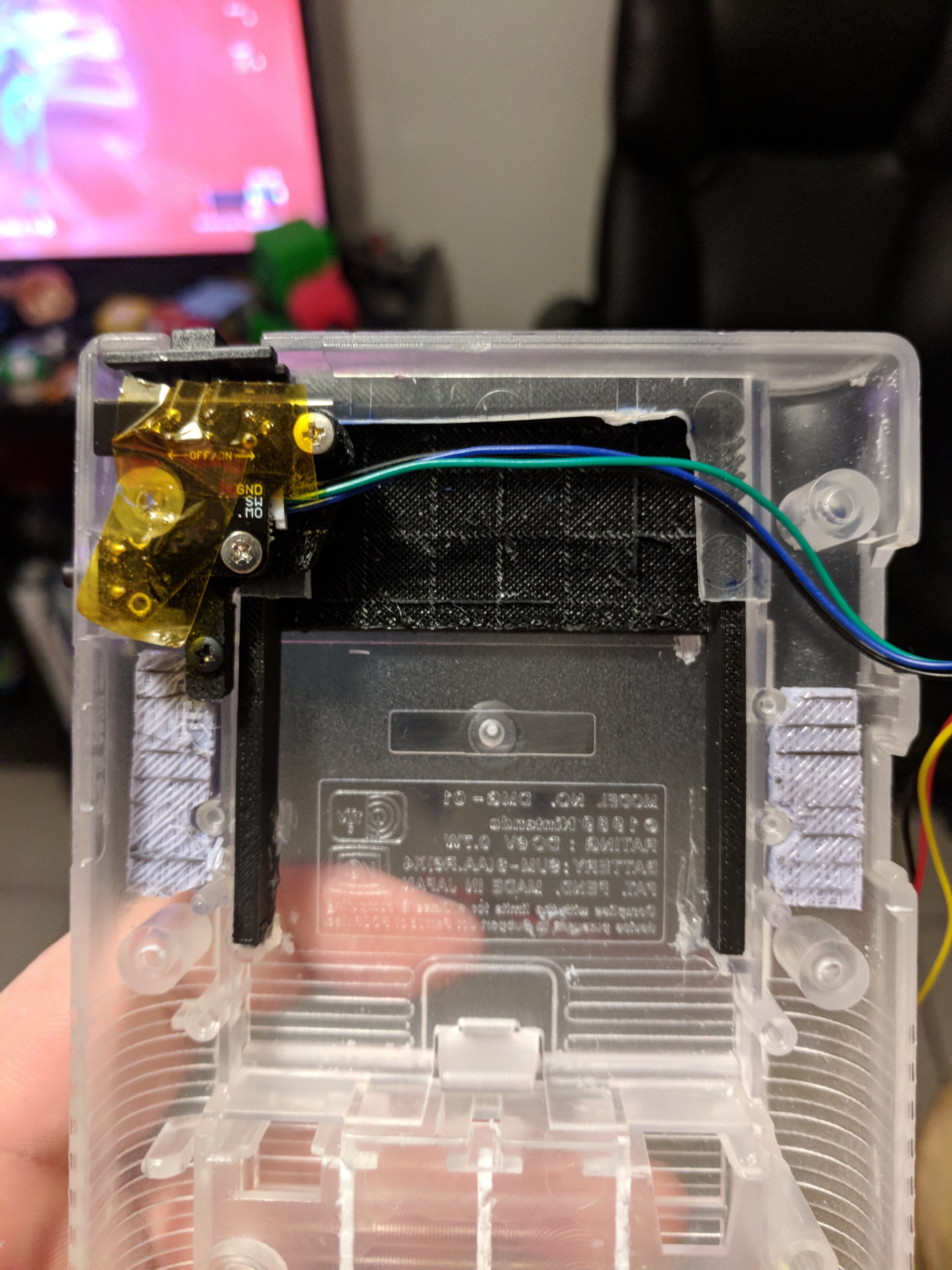 Going to try to expand it a bit more so that I can have some area to work with when it comes to mounting the tact switches.
Top

Now that I got the fit to the gameboy correct. Now I need to get to the fit to the tact switches going. From one my earlier versions it wasn't an issue. Luckly I still have the place holders to work from. 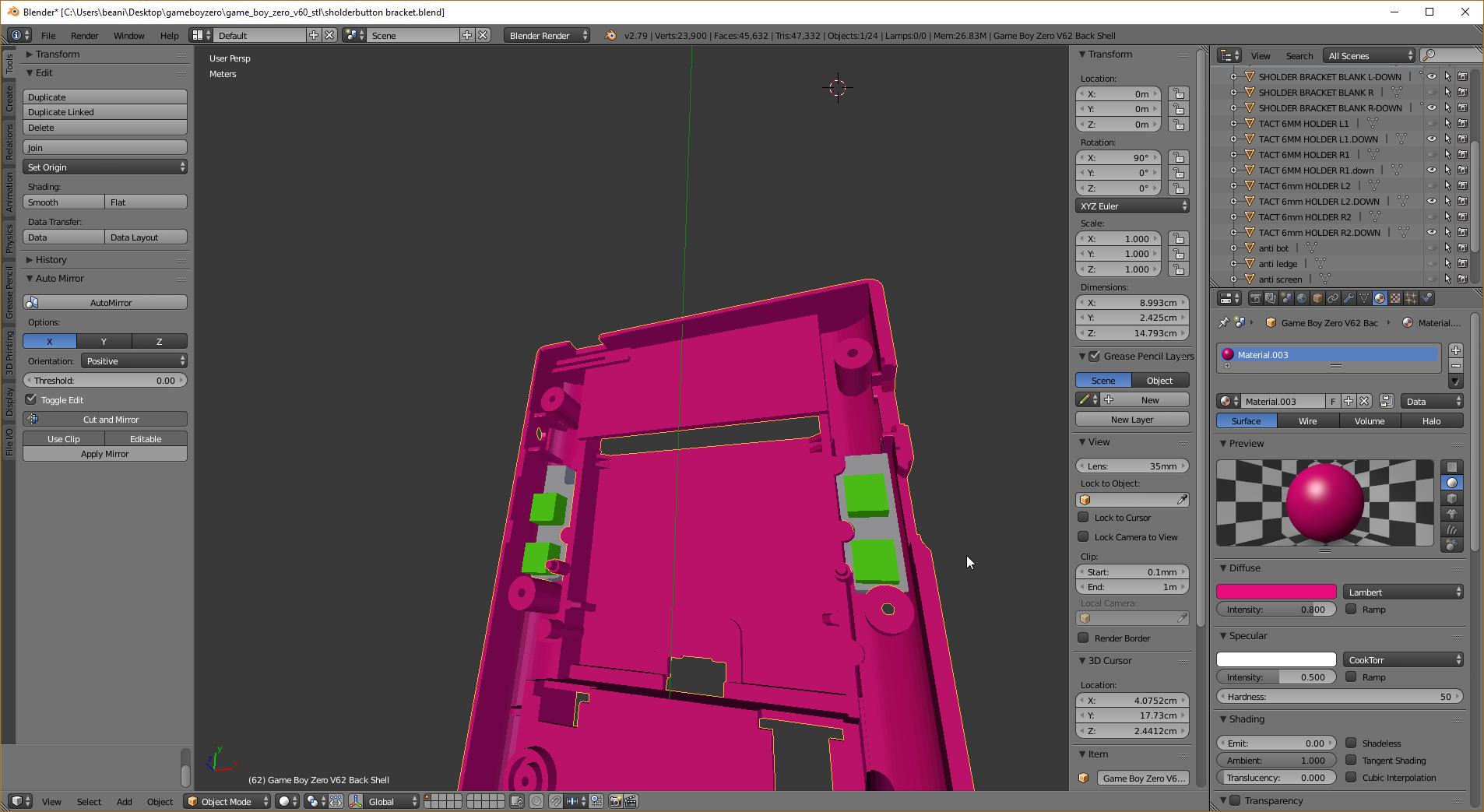 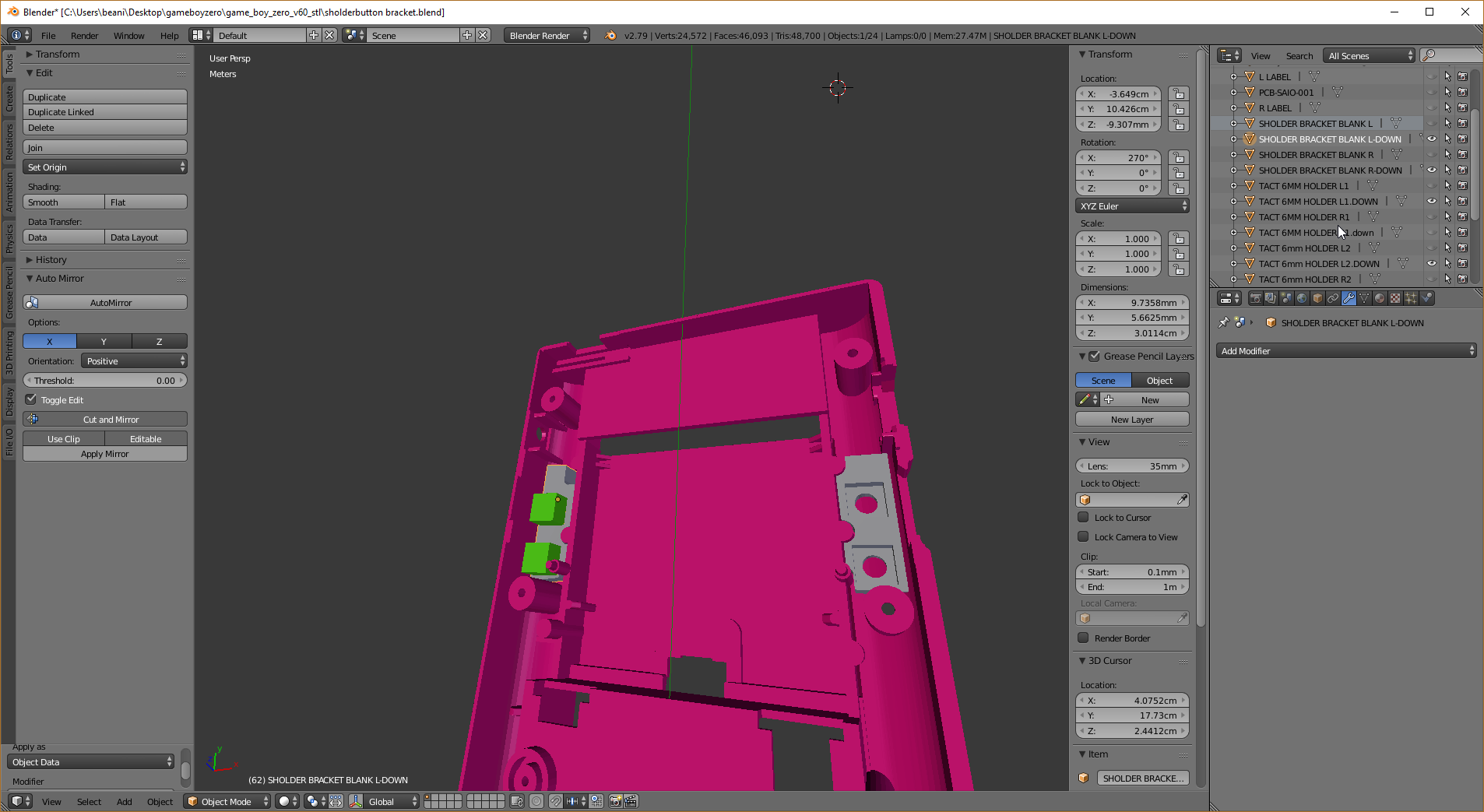 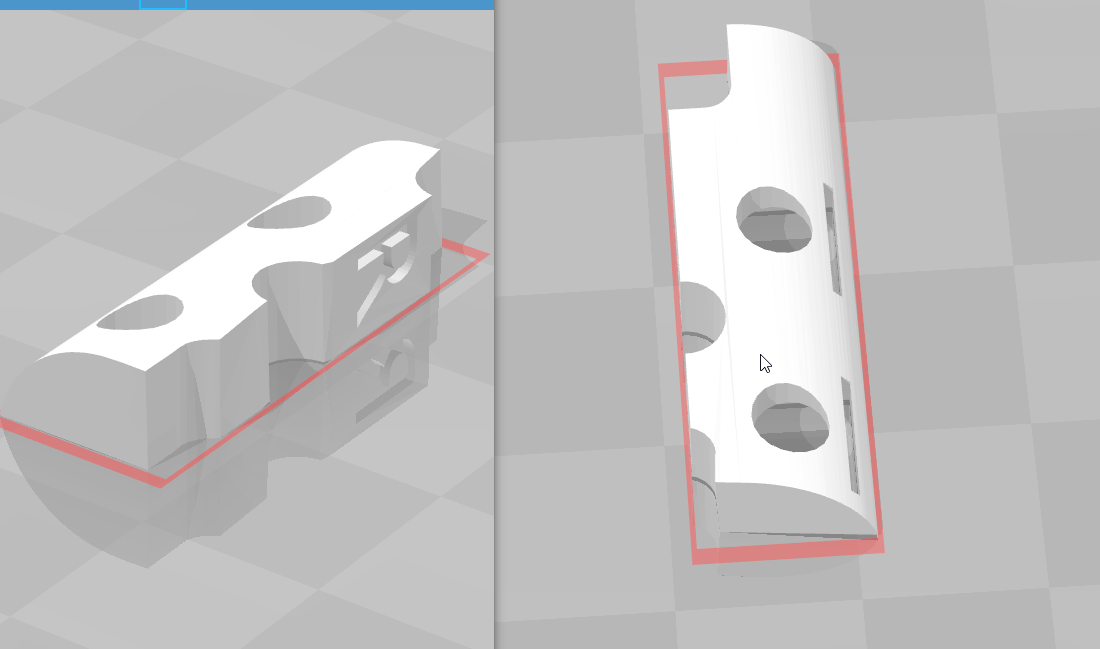 Now I will print out two versions of this one at an angle and one straight down to test. It was recommended that I completely cut out the squares but I will consider that plan B if my next print doesn't work out. I may also do a version that are just meant to be a drill guide.

These tact switches are 6x6x9.
Top

So did some test prints and I am I a few more things to do. Since I do have a clear case It makes it easier to see where the buttons would end up. So far it looks like having them go straight down and bit space out is the way to go. 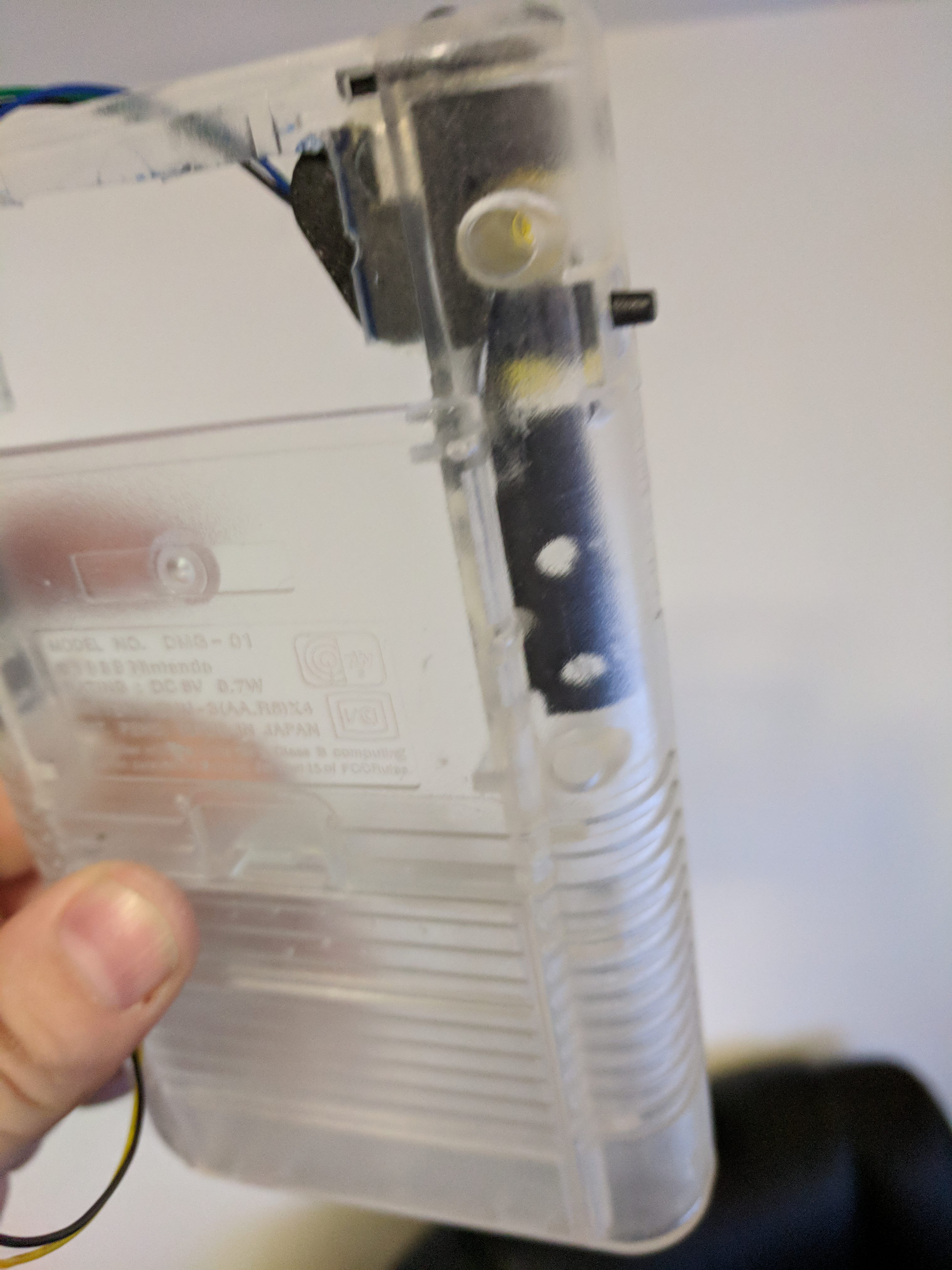 However the way it sits now even my longer tact switches would not reach out far enough to be useful. So I am going with one suggestion (can't think who made it) by making so that there is no material between the tact and the shell. However I also had the thought that these brackets will also make some good drill guide. So a new idea: one set for drill guide and one set for final placement.

So basicly it will be this. One sett will just have holes in it. You place those in to the gameboy shell, drill your holes, remove the drill guide bracket, and then place the bracket with the square slots to hold the tact buttons.

In blender I have replaced my place holders with cylindars and blocks. 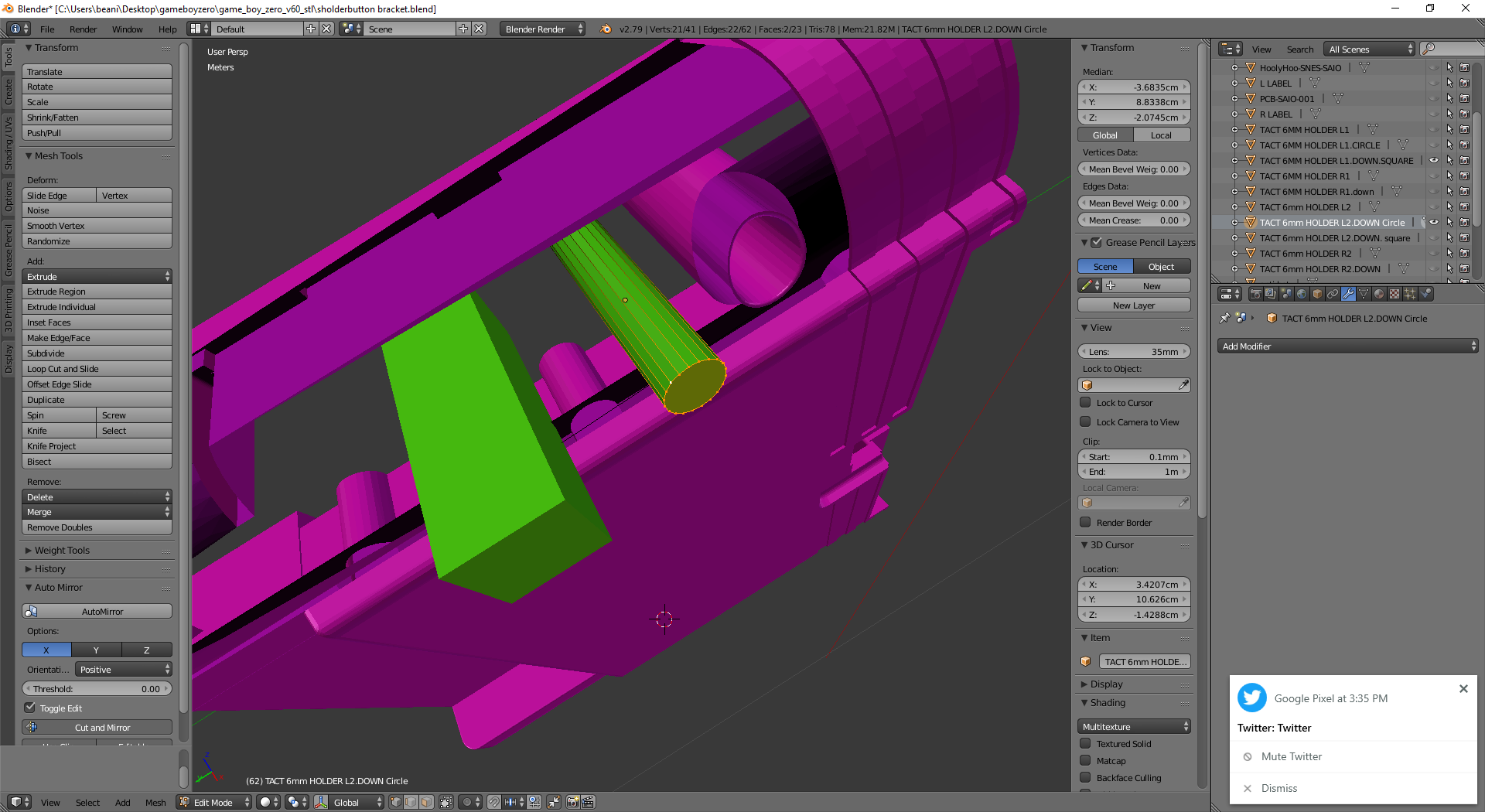 Also I have cleaned up my modeling work a bit to make it easier to work with. So maybe V10 will be ready to go next week.
Top

So here is what came out next.
On the left, the drill guide. Right, final mount. Right now Its only theory, so don't drill anything. 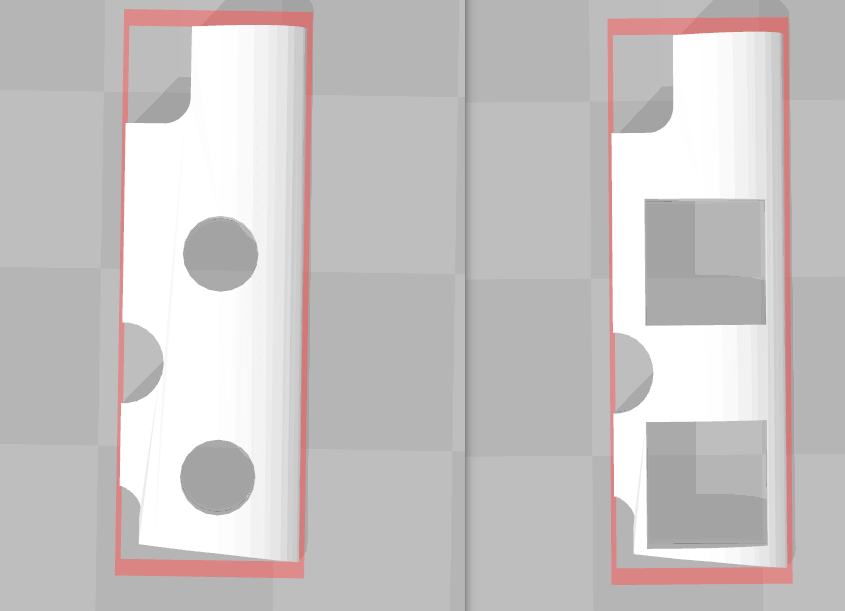 Could you fit a DMG button with this kind of fit / configuration?
Top

Due to to size of the buttons and the mechanics it may run into some space problems with other components. I have seen simular designs where a bigger tact button would be pretty close to other components, but it would be really difficult. Its small area to work with.
Top

So this is instillation would work now.

Take out the drill guides (the ones with the circles). You put them in place. Mark where the holes are (i used a fine tip sharpie). Find a drill bit that is roughly the same size hole as the one in the guide. Then switch it out with the bracket with the squares. The holes that where drilled out should be in the middle of the squares. Put in your 6x6 tact switches, solder them up, and glue them up. 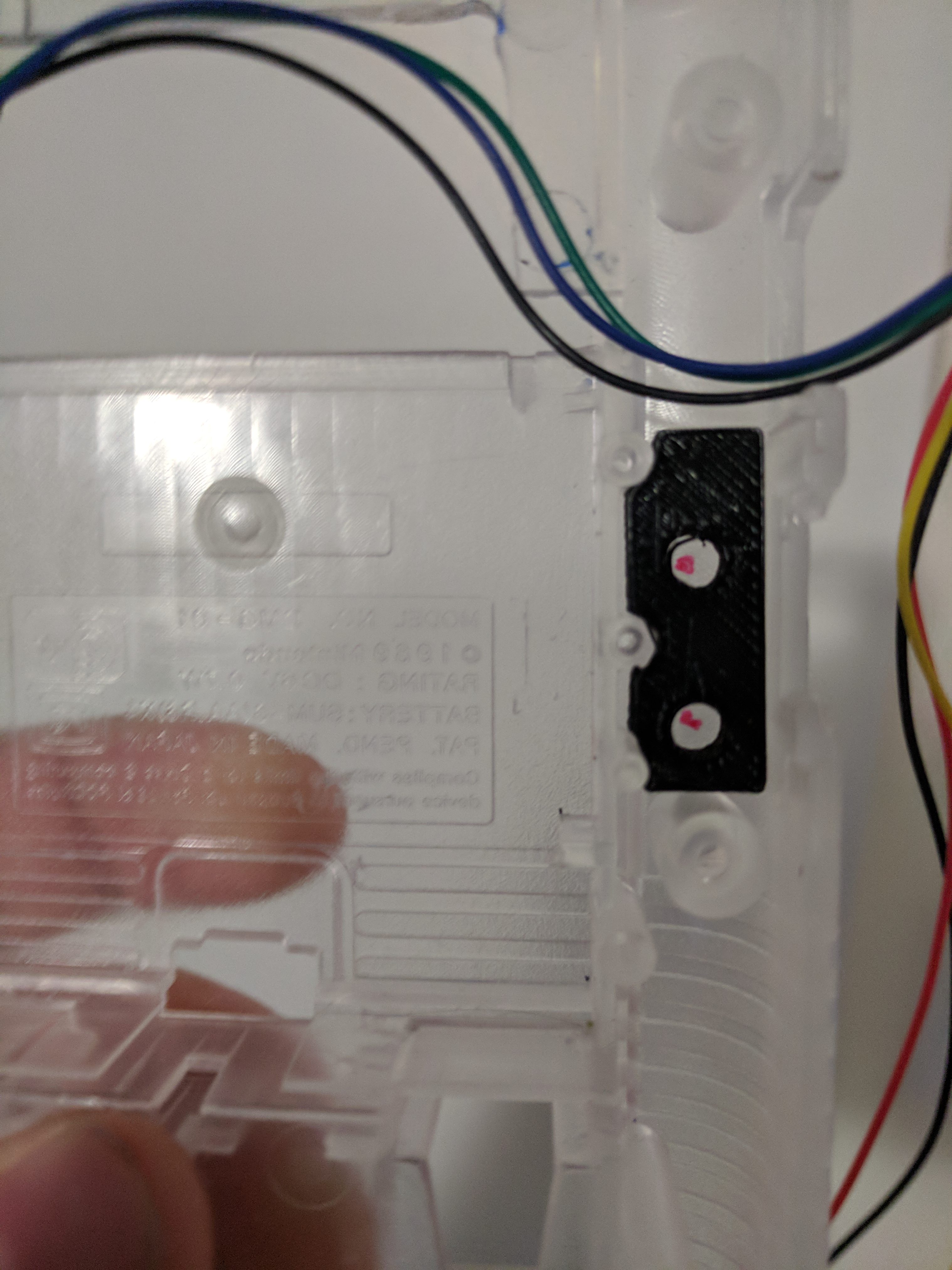 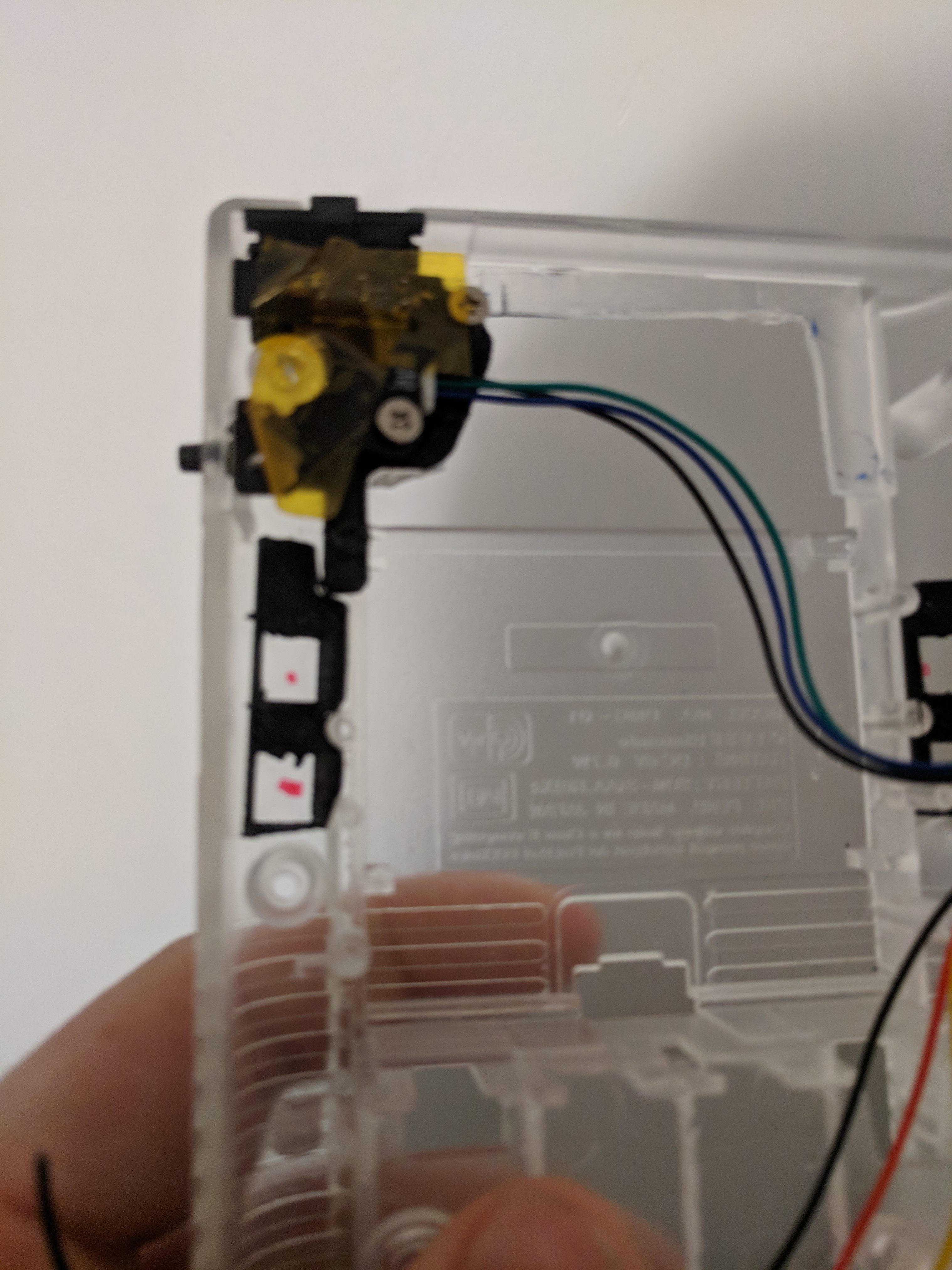 had some time to kill and decided to go for it.

So basically I took a drill bit that was closest to the holes I had in the drill guide and drilled them in, and placed the brackets and switches in. I ended up making holes a bit bigger than anticipated with a step bit. Only issue i can think of is how to hold the tact switches in place without interfering with other parts. Thinking glue or some kind of bar to hold them down. I also need to make a few other tweaks.

One other note is that the tact switches I am using are 9 mm long wich are insanely long for most other purposes, however for this its barely enough. I think the curvature of the gameboy case is holding it up a bit. I may end up looking for longer switches 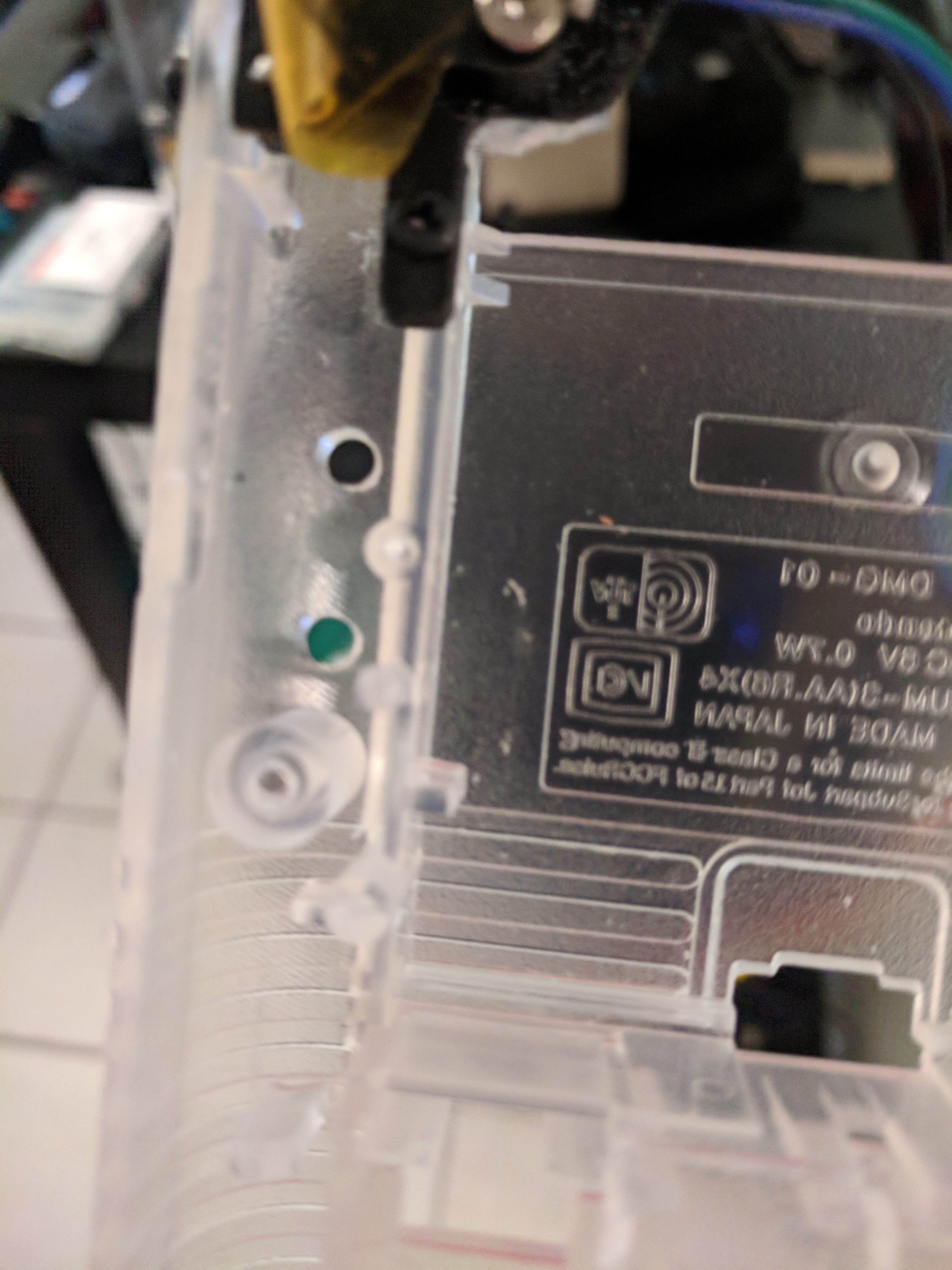 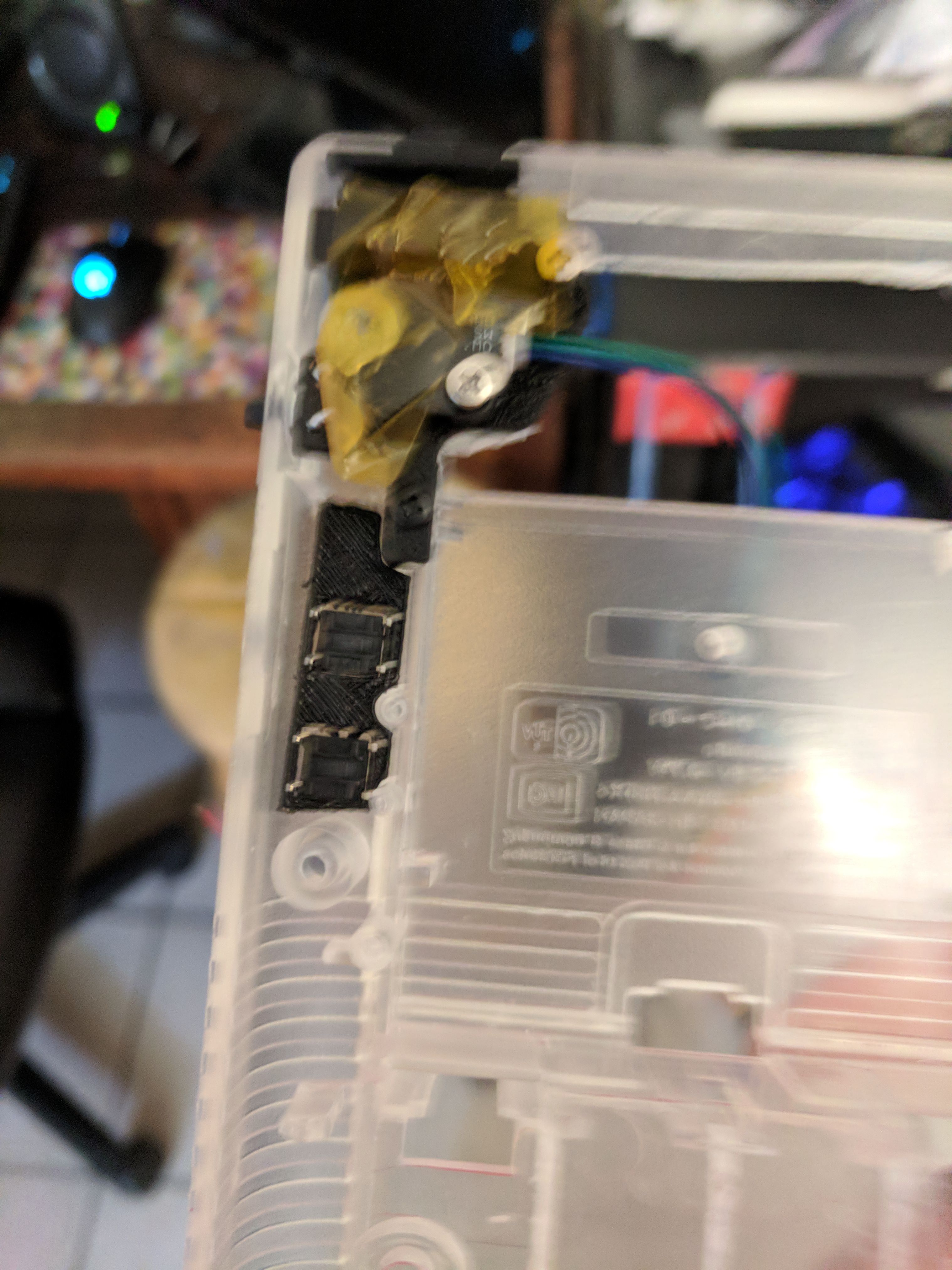 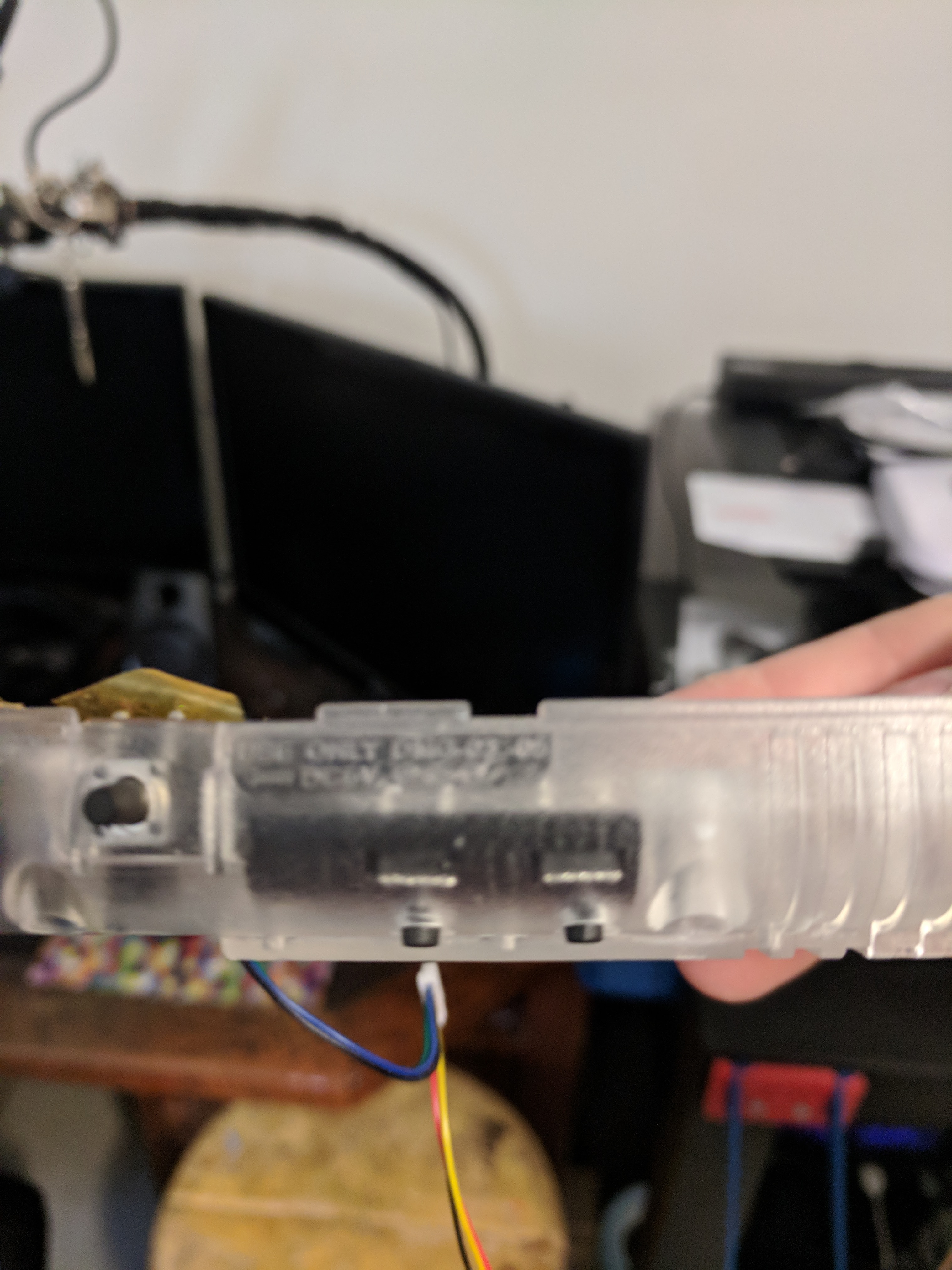 messing around with the idea of a backer bar to hold the tacts in place. A simple screw should do it. Don't want to interfere with anything, want it to be sturdy, I don't have much room for much. I could use some feedback on the basic idea. 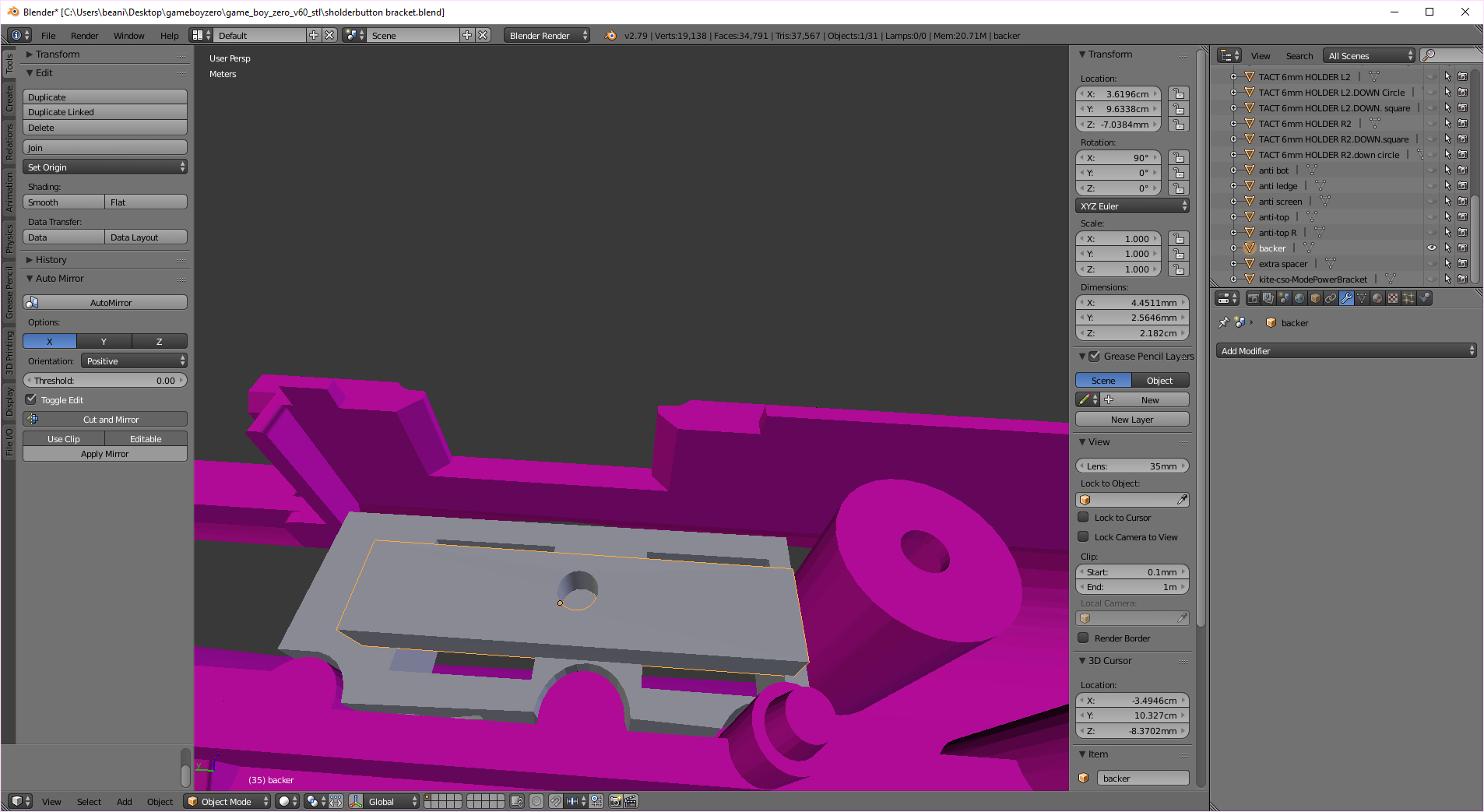 I just did a rough print of the backer bracket to see how things fit and to see if it was doable. The idea is to screw the bar into the bracket to act like spring or something for the tacts. I do have some small screws on the way that should fit. I could add another screw hole in for more support, but I am limited towards the bottom. The model I made is very rough, I need to tweak it, I also may need to make a pilot hole in my square bracket.

Also I did check it with the hdmi board from kite's CSO, and there is just enough room for a screw head. ITS TIGHT 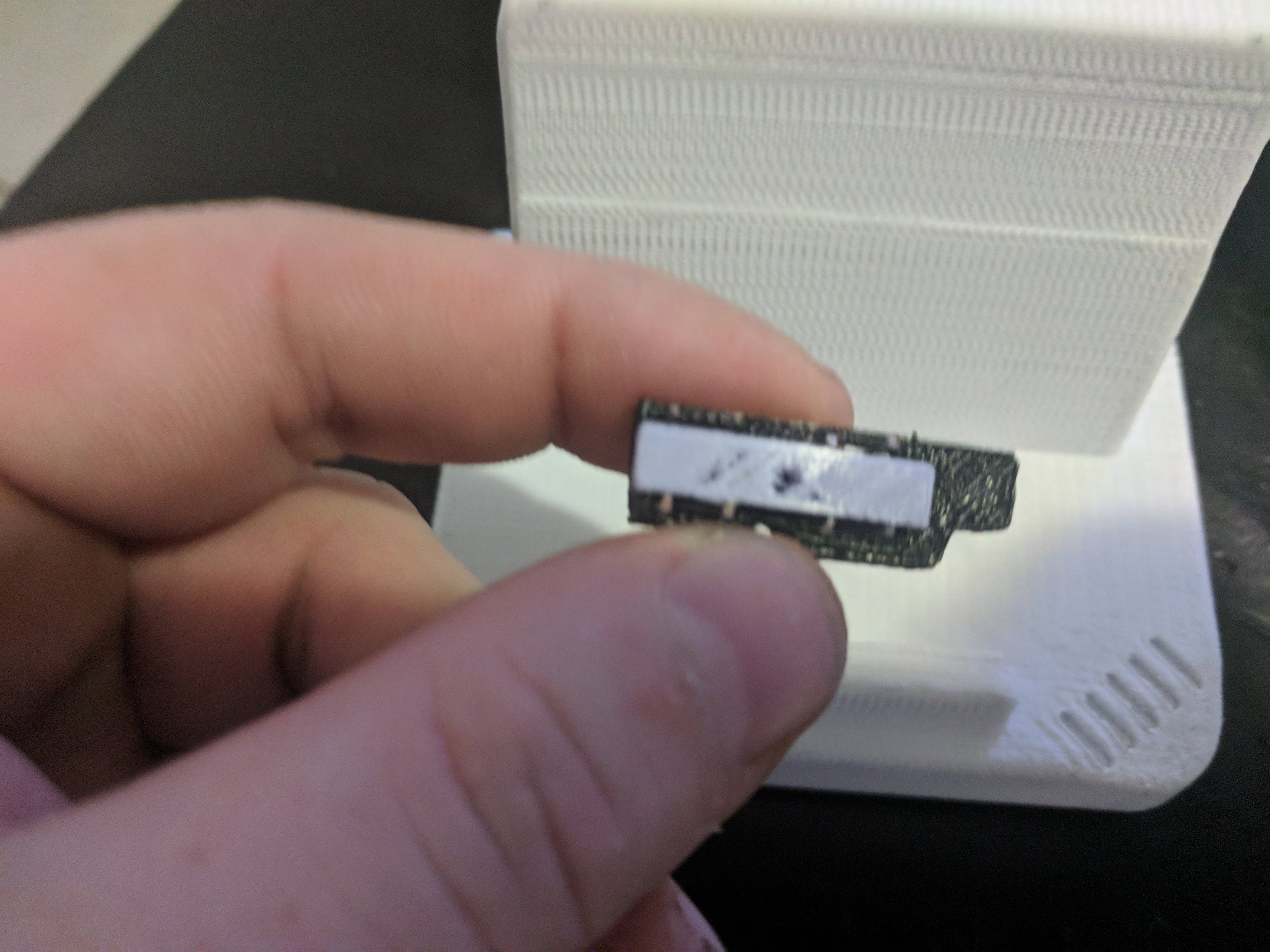 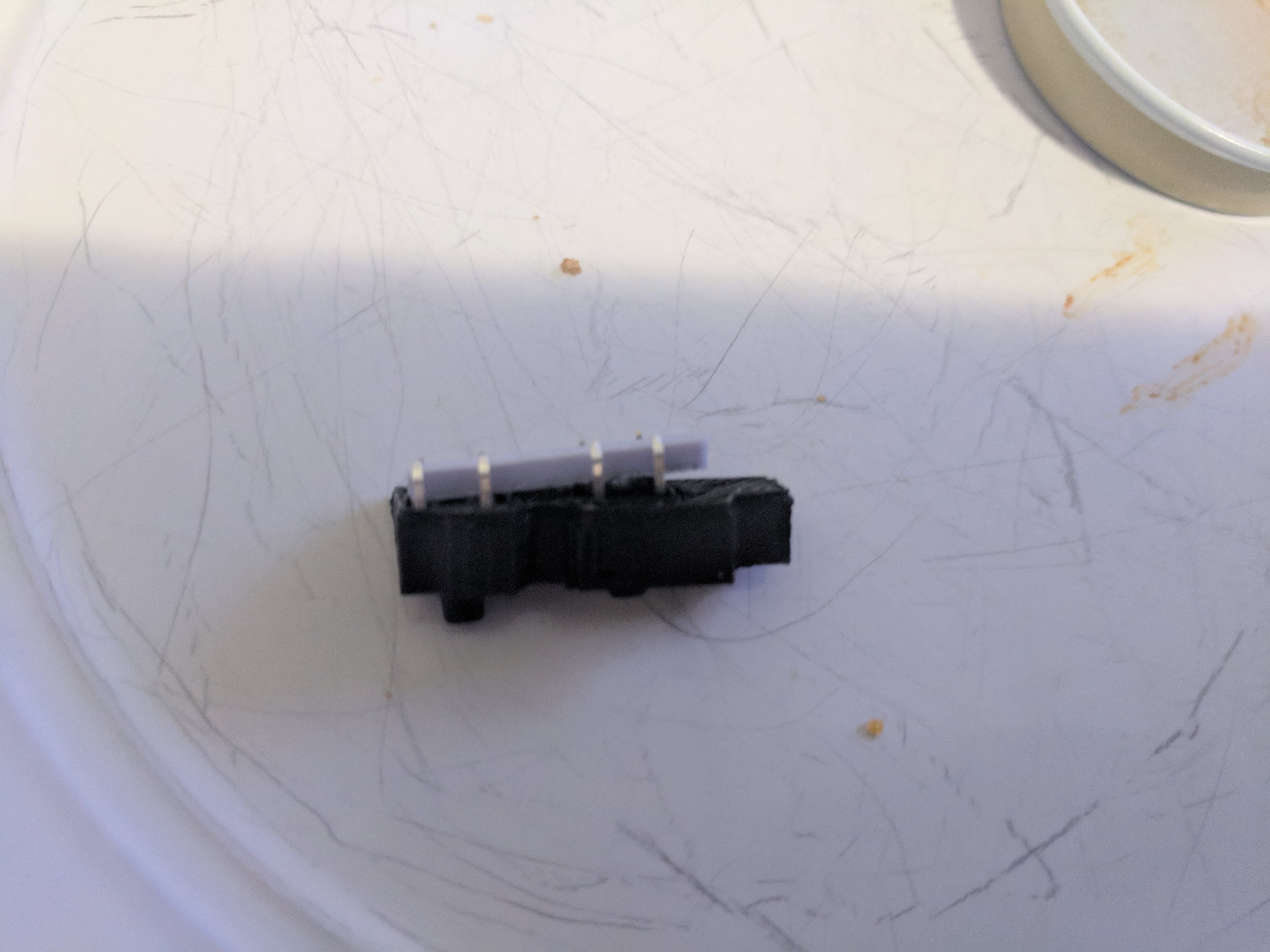 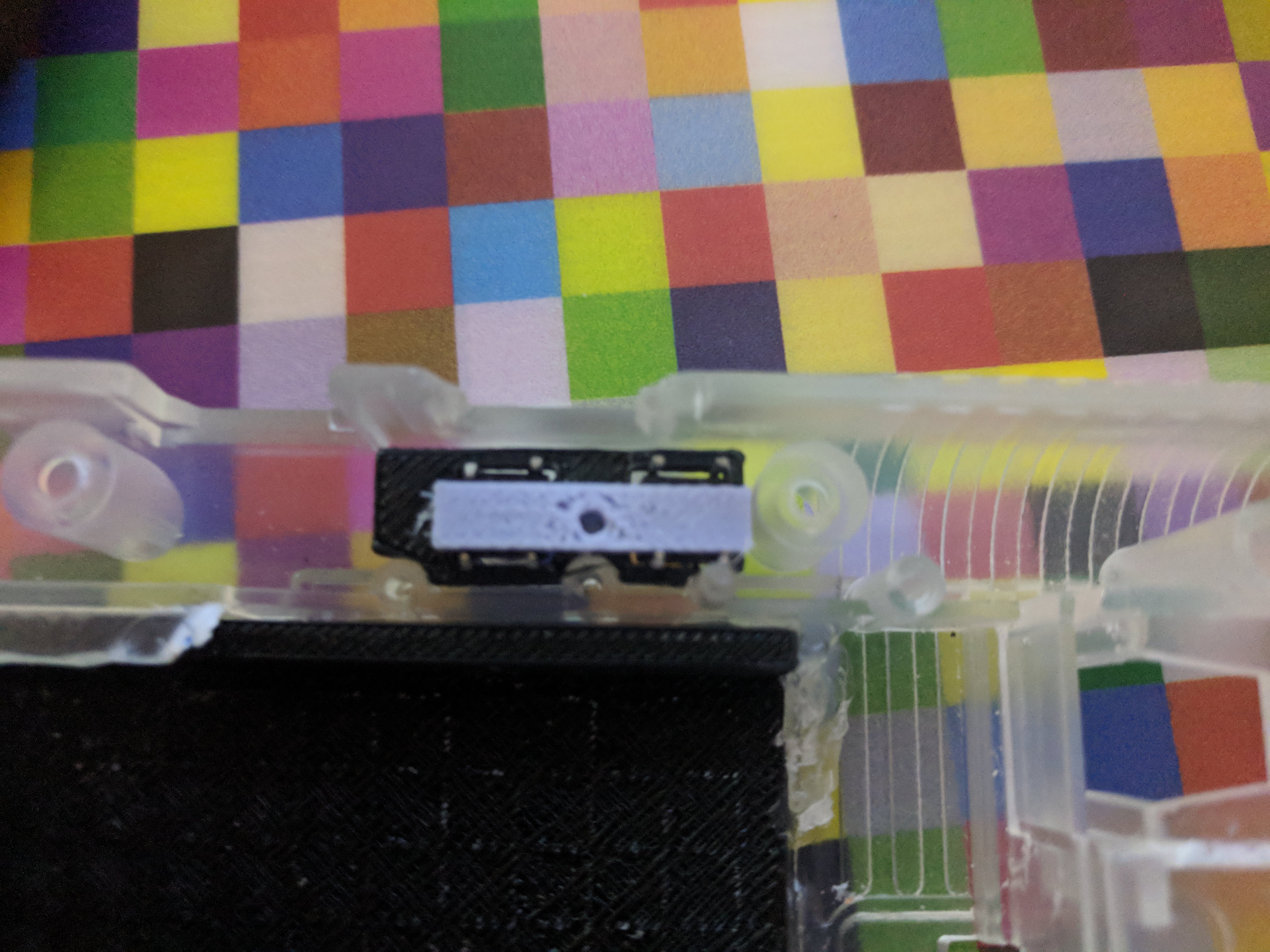