by goodBEan
Maybe a second screw hole would help. I do plan on using R1 and L1 more often. I am waiting for an order of screws to be delivered before I can test the concept. 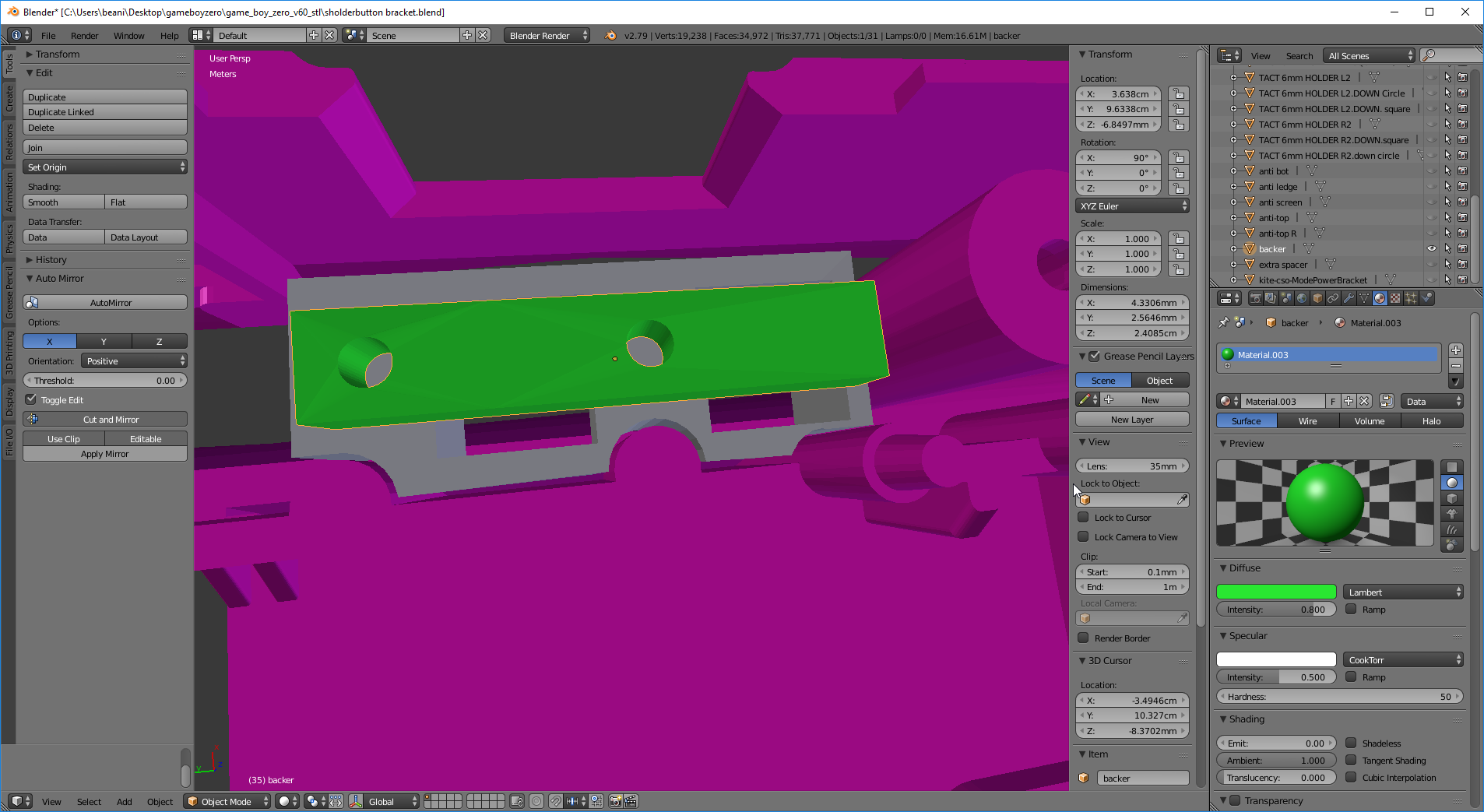 by goodBEan
Just waiting on a few parts to be delivered before I test it. Also my printer is down.

by YaYa
Ouuuch. Driver board dead ?

No. New extruder. For whatever reason the stock one was not gripping a thing. Also wile replacing the extruder I broke the hotend/heating element so that is coming saturday.

Also waiting for some 9x9x12 tact switches to see if they would be better than the 6x6x9 tacts I got.

Last my lan party prep is ramping up so I have not had much time to spend on GBZ R&D.

by goodBEan
Ok a few things

1st thing I am still alive. I had to take a break due to working/prepping a lan party.

2. I had to repair and re-tune my printer again. Now its working

3. I am still waiting for my gbz battery to arrived. The first one I ordered got lost somewhere in shipping and now a replacement on the way. Until I have it and can assemble my CS based gbz. I can't really make many adjustments or innovations until I have it all built.

So the last thing I have tried is making a thinner version of the backer bracket for the buttons, however its hard to find one thin enough to fit and screw down and thick enough not to be damaged from prying it off the bed. I am considering throwing out the bracket or make some adjustments so the buttons would be held down properly. I am also weight hot glue as an option. 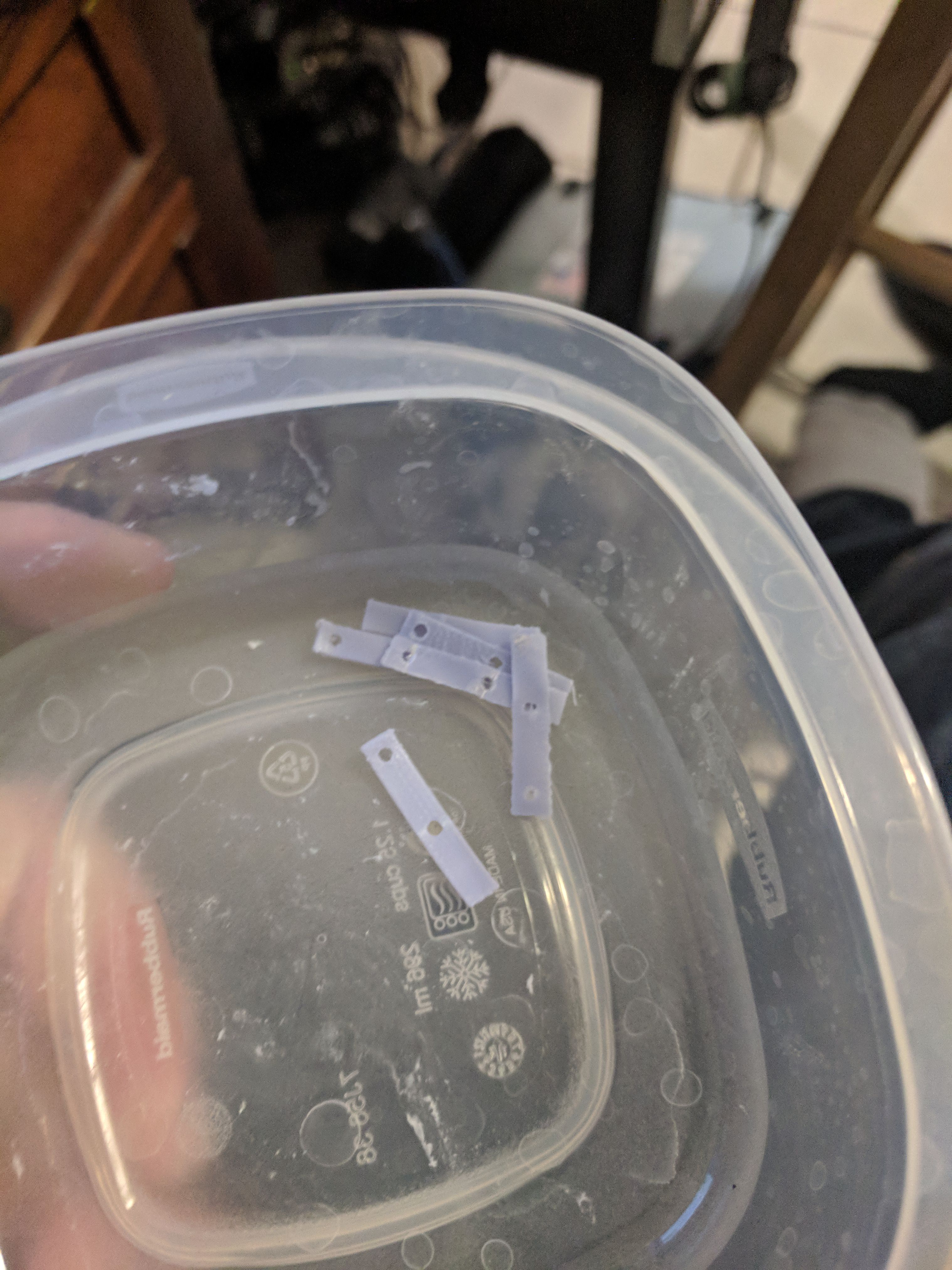 by goodBEan
So I had an initial fear that 6x6x9 mm tact switchese weren't going to be long enough so I got some 6x6x12 and did a quick dry fit. On the left you will see the 9 mm and on the right the 12. The nines are almost flush to the case but are nice and compact, but could be a bit tricky to hit. The 12's stick out like nuts. But with some dremel work they can be fixed. I am trying to find the right balance from being easy to hit and not sticking out to much to cause problems.

I did get the switches from amazon, I highly doubt the white caps would work. https://www.amazon.com/gp/product/B0177 ... UTF8&psc=1 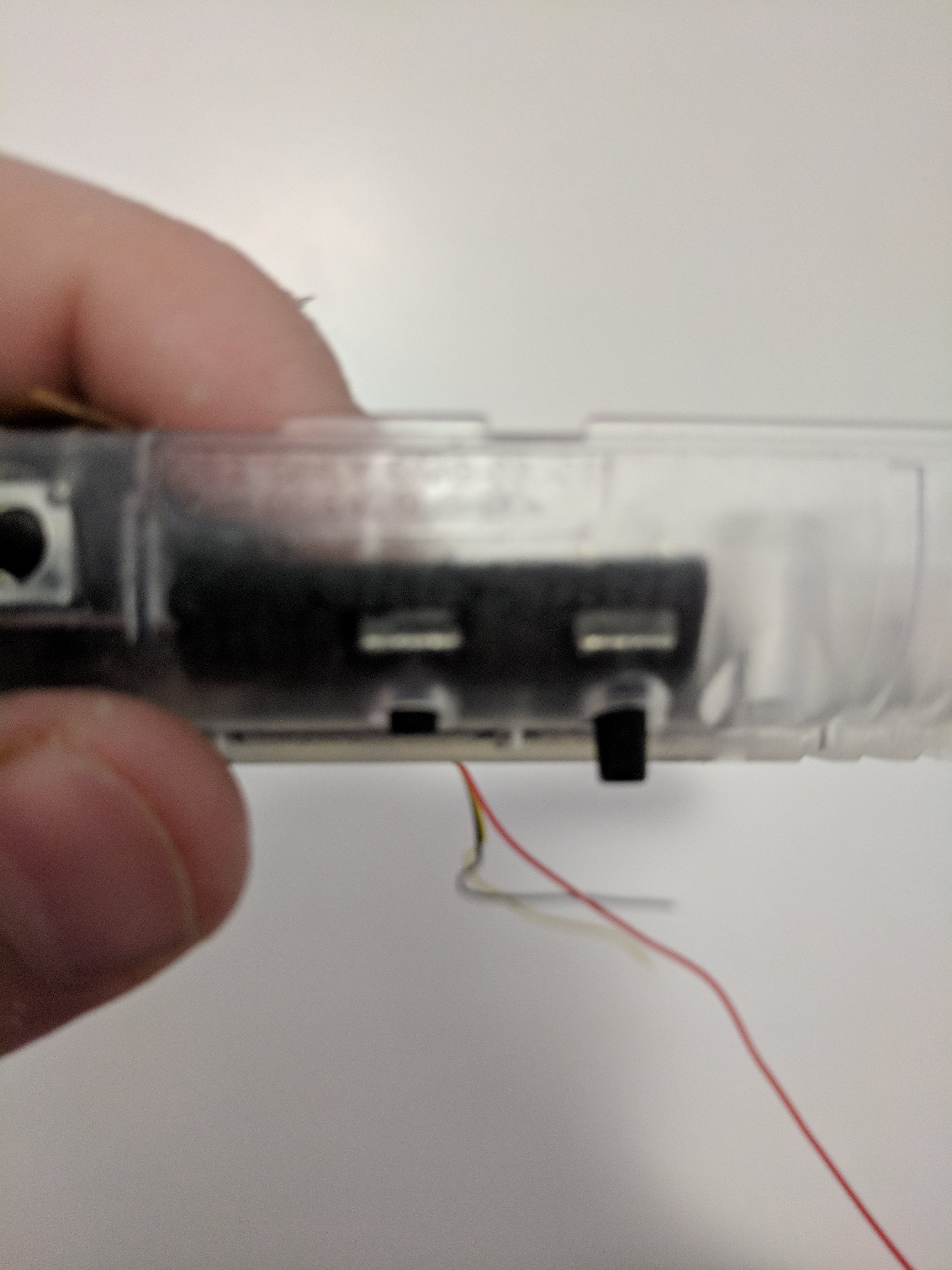 by goodBEan
OK I tried to build and test my GBZ and the brackets worked with some hot glue. Basicly I used some hotglue to hold down the brackets, wired in the tact switches (6x6x12), and then glued over the top of it. I was going to do a backer bracket, but I couldn't get it into the right thickness. I did run unto a slight clearance issue with the CS hdmi/usb board, but it just took some hot glue removal and some tweaks. I'll behonest these tact buttons feel more solid than I expected. 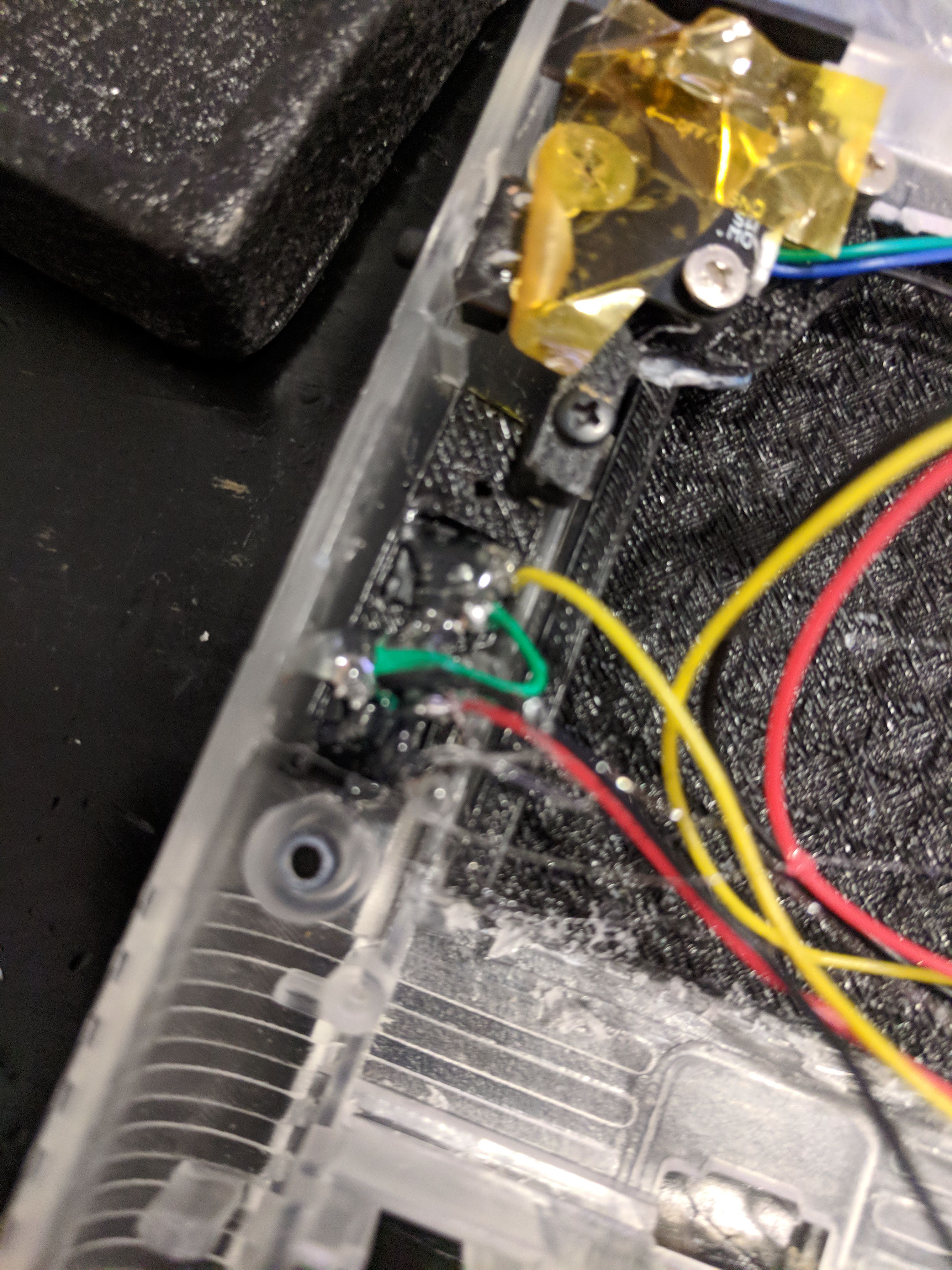 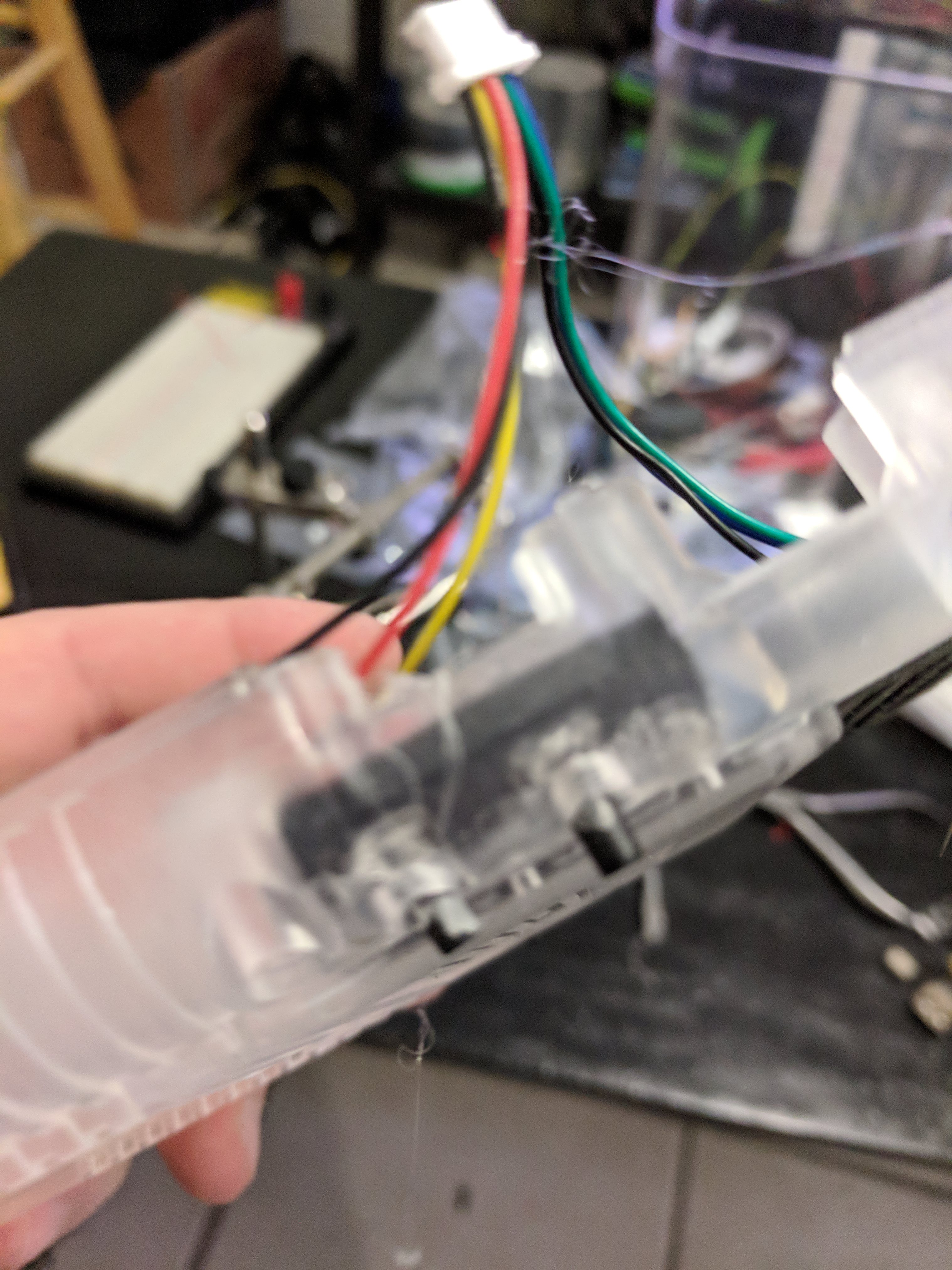 Now I do need to make a few tutorial images and prep some files before I release the final files. In the past on other forums, it was typical to have an dev thread for a project and a separate release thread. Once the release thread is made the dev thread gets locked. I am tempted to do the same here. I also might post the files in a few other places. Just I haven't worked out details yet.

by goodBEan
I RELEASED THE KRAKEN, BUMPING ThIS THREAD LIKE A BEAT. GO LOOK AT THE FIRST POST

by Gizard
I have been tinkering with 3d design and I have a question:
How do you measure 3d designs without printing them out?
All times are UTC-07:00
Page 7 of 8
Powered by phpBB® Forum Software © phpBB Limited
https://www.phpbb.com/