as I am working on my personal version of wermys great Gameboy Zero,
I am going to share my voyage with you here.
So the one or other person might learn something from my mistakes, that I will definitely make!

Some information upfront, this might look like a cheap project at first, but be aware that the cost of the parts will quickly sum up to way above 100€, as you can see below.

Here is the actual table: https://goo.gl/xqcaXy (with clickable links)

Edit: User Deadtime informed me of this alternative shop for EU:
https://www.electronic-shop.lu/EN/start
Another good shop, thanks to User @Rob0t, is this one:
http://www.exp-tech.de/

Be aware that I am from germany and most of the parts are only available here, but you might surely find some alternatives online, if you are from another country. Since most of the people here on this forum seem to be from the usa or other european countries.

Still, this is mainly to help europeans in general and germans in particular, since we seem to have some kind of lack of sources for parts, somehow.

I've never soldered anything in my life and never touched a raspberry pi, bananapi, odroid or arduino. But i have a base understanding of how those work and what to do. Just so you know why I am going to do very stupid things, probably

[spoiler="testing the display"]My display arrived, and I hoped it would work with 5V and would be good enough, as some games require a display that displays (oh boy) fast movement without any trails or such.
I cut an old Sony Ericsson charging cable i had laying around and connected the red and black cables to the power of my display.
I hooked up my trusty old Playstation PSX to the other cables and gave Wipeout 2097 it a go.

It worked like a charm! The text is, because of the 320x240 resolution, not that legible, but its good enough for now and if you know what the text is supposed to read, you are fine.

The dimensions of this display are as following
active area: 71x53mm
whole screen with frame: 76x63mm

Since this is supposed to get 12V, i tested the chips in the board for heat generation, for i was feeding it only 5V, but it was only slightly warmer than the rest, so it should be fine.[/spoiler]

[spoiler="bleaching the case"]Today I finally bleached my new case, since the Gameboy I already had was too good to destroy it.
I used 12% (40vol.) creme developer I got from a friend of mine who owns a barber shop.
I used a paint brush and "painted" the whole case with it, put it into the sund and waited for 4 hours. et voilà:

[spoiler="gogo power dremel"]After bleaching, i began to dremel out the bigger space for the display and the 2 holes for the additional buttons on the front.

And I also cut the old button wells from the SNES Controller, to use in the Gameboy.
I had to cut them even more, since they are higher and the buttons would've not protruded sufficiently.

And here is the new custom screen cover i cut from the tft screen case:

[spoiler="soldering"]I finally finished soldering and taping my frankenstein controller board:
Edit, because I was an idiot! Thanks to Kilren

I've got 3 Button PCBs now. A selfmade one, the original GB Board and the new one from Brian/Popcorn.
I will use the professionally made one, of course. See the evolution here:

[spoiler="bigger buttons"]I finally dremel'd the holes for the shoulder buttons, and of course, i messed it up.
The holes are slightly uneven and bigger than they should be. Well, experience for the next build.
Anyway, thanks to [mention]chiz[/mention] for the idea and successful execution of using SNES Shoulder Buttons.

[spoiler="a better display"]I was a bit dissatisfied with the video quality of my current 320x240 display,
so I found someone selling me a spare 640x480 VGA Display for 40€.

I really have to say, the old and new one are as different as chalk and cheese. But look for yourselves:

To get it in the case, i had to dremel off 0,25mm from each side and a few more on the case.
It's pretty packed in there, so not much space left

[spoiler="state of affairs"]Right now i am waiting for my controller to arrive and, of course, for the darn raspberry pi zero to become available again...

Since it is a pain in the arse to wait for the RPi0 to be available again, i played with the idea of using a Orange Pi PC instead. Or, if they are cheap and good enough, the new upcoming Orange Pi-lite. I ordered myself an Orange Pi PC, we will see what I will hold in my hands faster, the RPi0 or the OPIPC.

As The Pi Hut got the Pi Zero back in stock, i managed to order one, so i do not have to use the Orange Pi PC for it, which makes it a lot easier for me.

Today i got my SNES controller in the mail.
As one would expect, it was of inferiour quality to the original ones,
but i only want to use the buttons and boards plus it was only 2€, so it does not really matter.

Also in the mail today, my new Dremel. I had this one on my wishlist for a long time now.

Also, here is a video you can put into your RPi0 as a loading screen:

Here is a tutorial on how to make it play a video while loading with RetroPie:

Now, in RetroPie, go to "RetroPie" then RetroPie settings, then choose the 3rd Menu Item.
After that, search for the "Choose Retropie Splashscreen" Menu item, or something similar.
Go to "Choose Own Splashscreen" and choose your desired folder which contains the video.
Now go back and restart your Pi to watch it play the video instead of boring text.
﻿

Haha awesome to see you prgress so well Fleder.

I just finished taking apart my own SNES controller and it was rather easier than I expected. Wish you the best of luck.
Top

Deadtime wrote:Haha awesome to see you prgress so well Fleder.

I just finished taking apart my own SNES controller and it was rather easier than I expected. Wish you the best of luck.

Feels good that at least one person is reading this

Wow Fleder I am so jealous of that dremel kit you have, looks sweet! Also how did you manage to get the inner dip on the X Y buttons? That looks really well made!
Top

Deadtime wrote:Haha awesome to see you prgress so well Fleder.

I just finished taking apart my own SNES controller and it was rather easier than I expected. Wish you the best of luck.

Feels good that at least one person is reading this

The controller is my next step, as i have to find a way to get hold buttons in place.

I totally understand the button issue. I placed mine in a small like container with the rubbers from the SNES controller. I plan on using all the SNES buttons included the start and select, and the up, down, left, right pad because my Gameboy is getting a bit old.

I will also planning to make my own threat, not sure.

ktechelonbreak wrote:Wow Fleder I am so jealous of that dremel kit you have, looks sweet! Also how did you manage to get the inner dip on the X Y buttons? That looks really well made!

Haha, yeah, it was quite expensive but I wanted to have it for a long time now.
I think it's called a "countersink bit" in english. It looks like this: 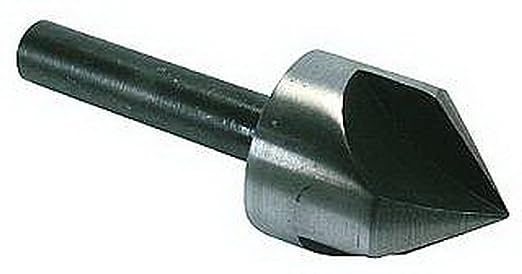 Deadtime wrote:I totally understand the button issue. I placed mine in a small like container with the rubbers from the SNES controller. I plan on using all the SNES buttons included the start and select, and the up, down, left, right pad because my Gameboy is getting a bit old.

I will also planning to make my own threat, not sure.

Then you have to widen D-Pad hole, because the one from the SNES is bigger. Also, the Start + Select Buttons do not fit out of the box.
Only ABXY do have the same size.
⌨ My GBZ Build ⬅ ¯\_(ツ)_/¯ ➡ Cheap sites for parts in

Wow, impressive! I like the subheadings for the tutorial, it really makes it easy to read.

Man, that inner-dip on the buttons is VERY nice -- well done!

Very nice to read your wip.
I just ordered my Zero Pi on this site, if you did not yet found