I've been building GBZ and GBPi3 units for a bit now, using the tons and tons of knowledge from this forum and Retropie Handhelds on FB. I'm super thankful to everyone here for all the knowledge, help and the constant improvements and awesome stuff that's always being posted.

I also built the SwanBerry Pi0W, the Neo Geo Pocket Color Pi3 and I've got a Sega Game Gear and Atari Lynx II to get Pi3 converted soon as well. All my units are DMG shells from Aliexpress, standard button PCB's from eBay, Pi0W's are GPIO (retrogame) Pi3's are Arduino Pro Micro (Sota's script), Zero's have a 2500mAh battery, Pi3's have a 4000mAh battery, everything gets a GearBest screen running composite, audio is all done via Sabrent USB DAC's for Zero and on-board for Pi3's with an Adafruit 2W amp clone bridged to mono, 16GB SD cards with Retropie installed and configured, no ROMS because of laws, and all my tender love. I'll take more interior shots as I build more, but I usually just do the outer beauty shots.

Here's a huge dump of ALL the units I've built, from oldest to newest:

The first one I ever made, a Pi3 GB. I researched the GBZ and saw a few Pi3 builds and thought "Go big or go home".
SpoilerShow 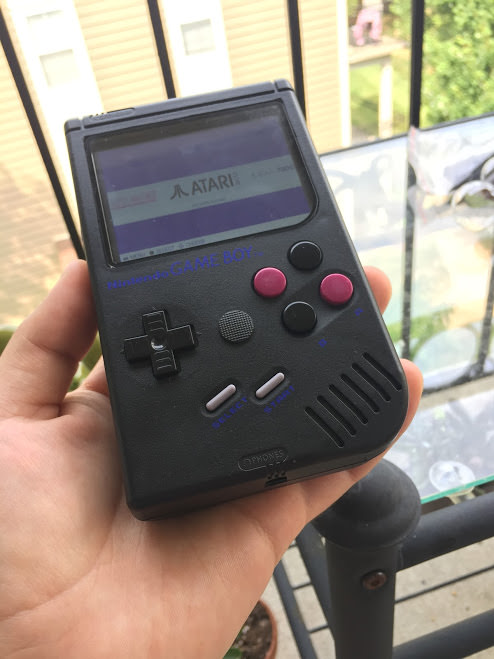 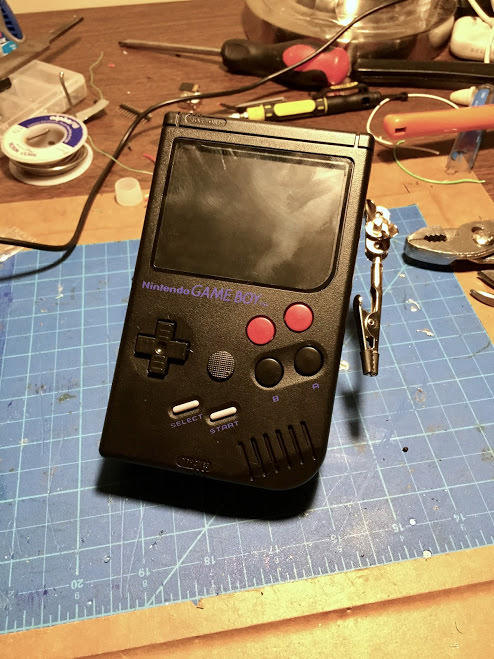 After a Pi3 build, I tried a black / black GBZ build to see how difficult the Pi0W was compared to the Pi3. I didn't need this, so I put it on eBay and got my money back.
SpoilerShow 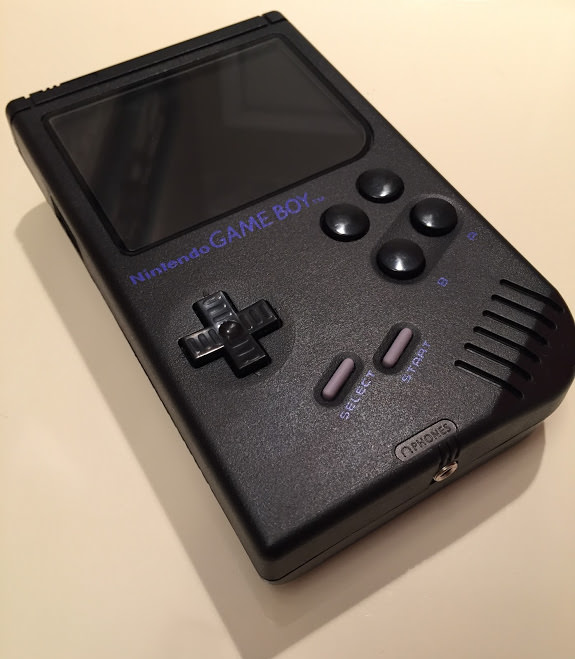 I liked the DMG modded Pi consoles a lot, but started looking here at the other projects and saw that no one had done a Bandai WonderSwan... Not here, not anywhere else on the internet that I could find. Someone had a YouTube video of the IDEA to make one, but never made it, as far as I could tell. So I did it. I tried to photograph it all the way through, and there's a separate thread about it on here, but I finished it and then immediately started making more GBZ's because I got drunk one night and made my Etsy shop, and then a month later it started selling. And selling A LOT... So the SwanBerry Pi had it's Pi0W and power module stripped from it. I'll add a new Pi and battery board to it one of these days.
SpoilerShow 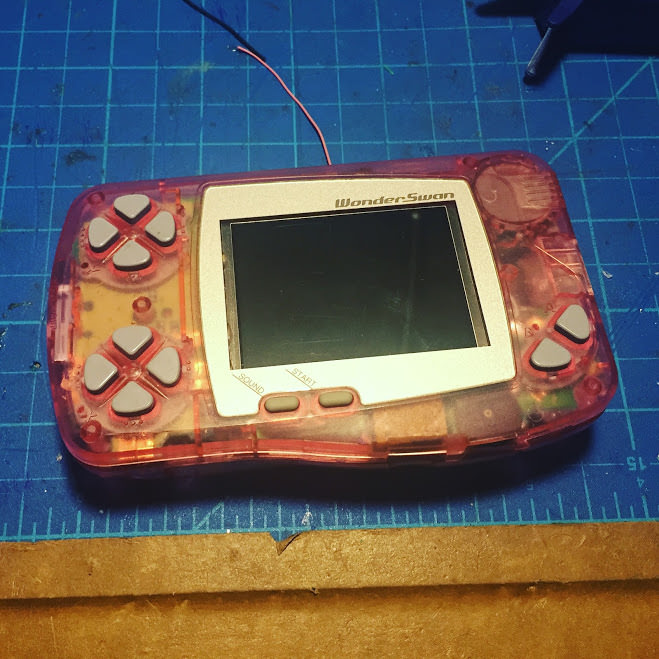 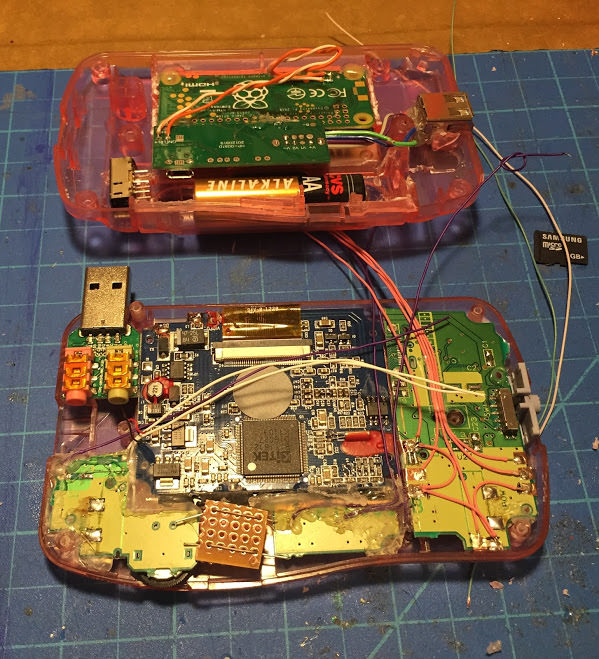 OG DMG Grey shell with a dead board. Sent the screen to a dude in Puerto Rico who needed some extra screens and couldn't find any down there. This build was on eBay for $190 earlier this week, it's been pulled apart and the guy couldn't get it back together correctly it seems. Grey / Blue Pi0W
SpoilerShow 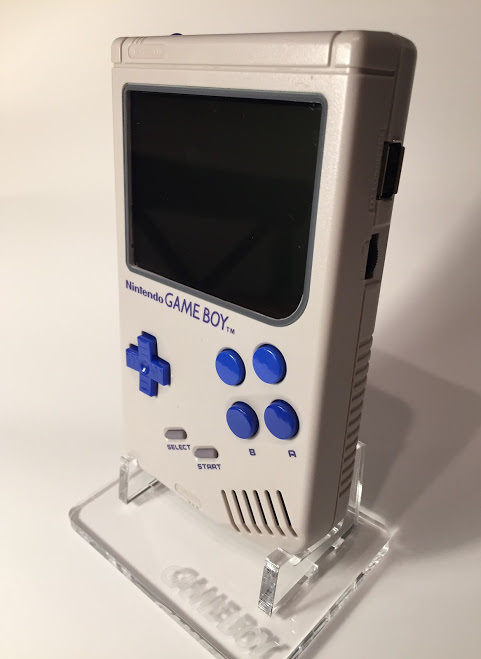 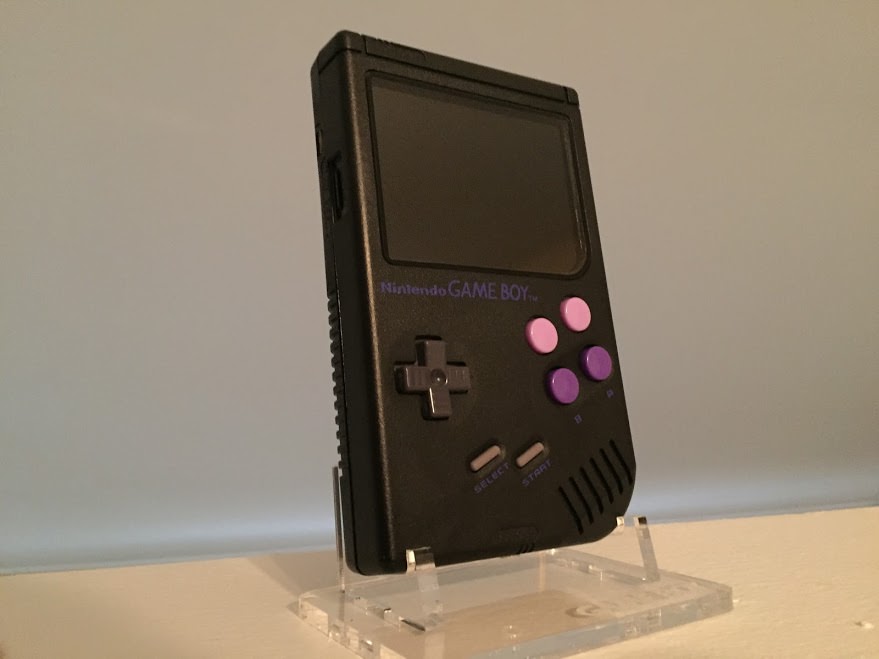 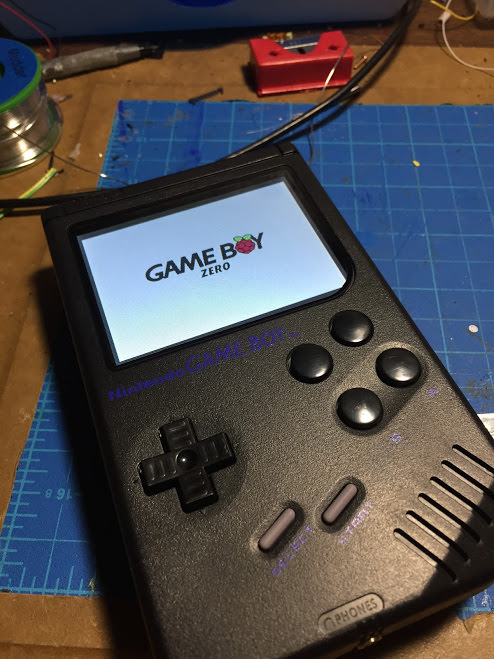 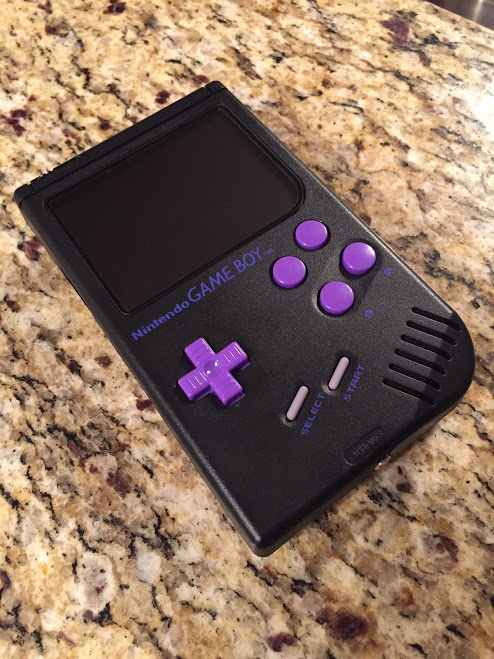 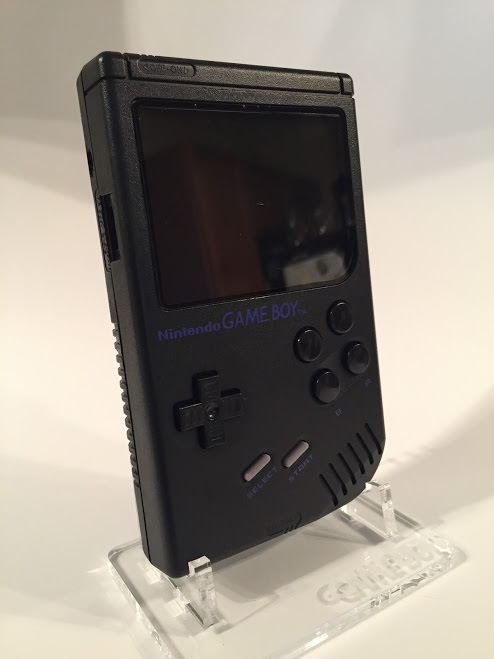 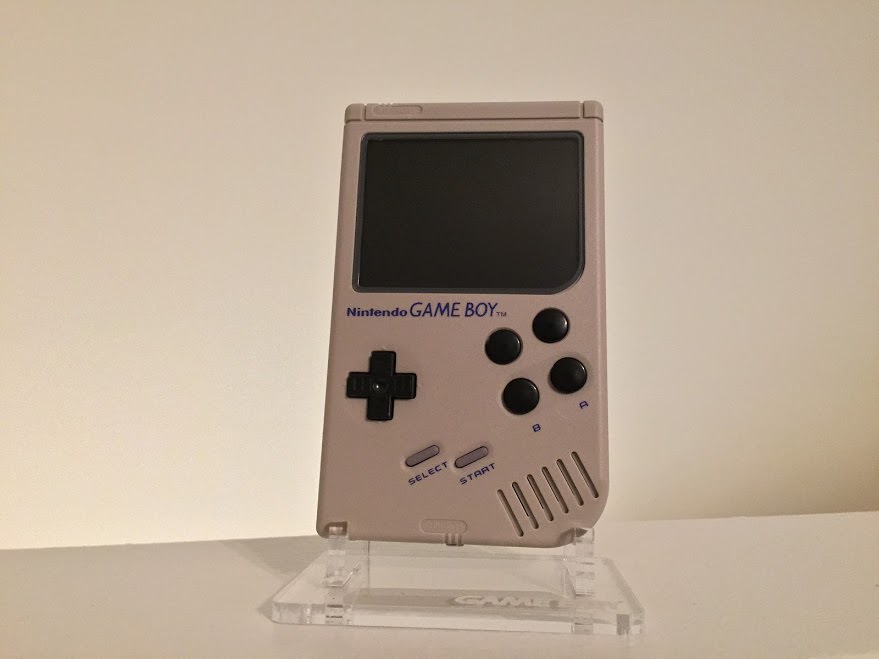 A guy (now friend) found me on FB and asked me to Pi3 his NGPC. Totally did. Added some dark grey GBA?GBC? buttons.
SpoilerShow 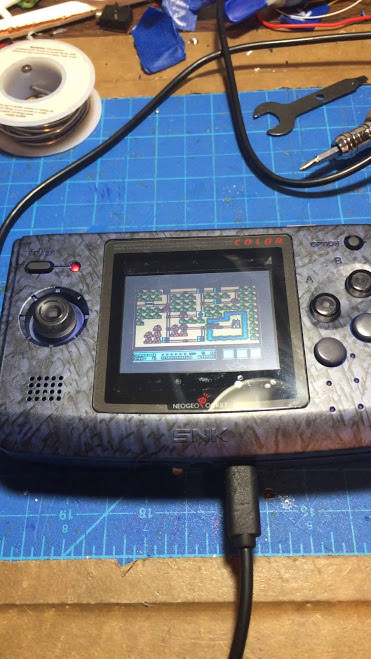 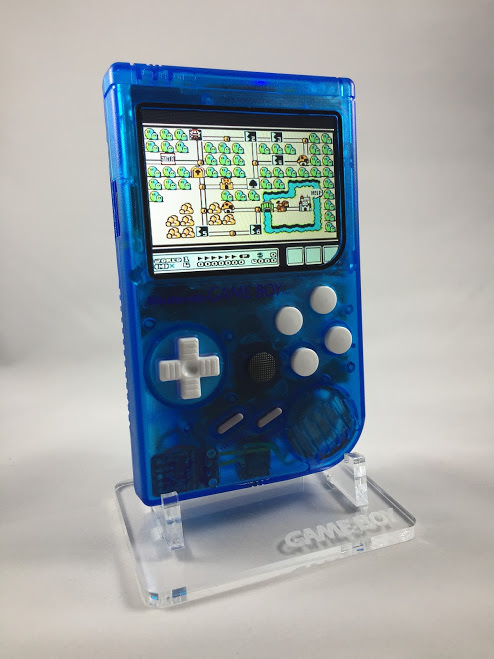 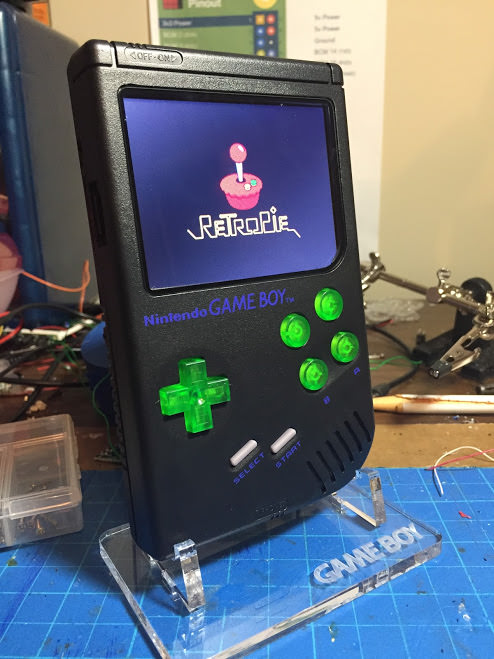 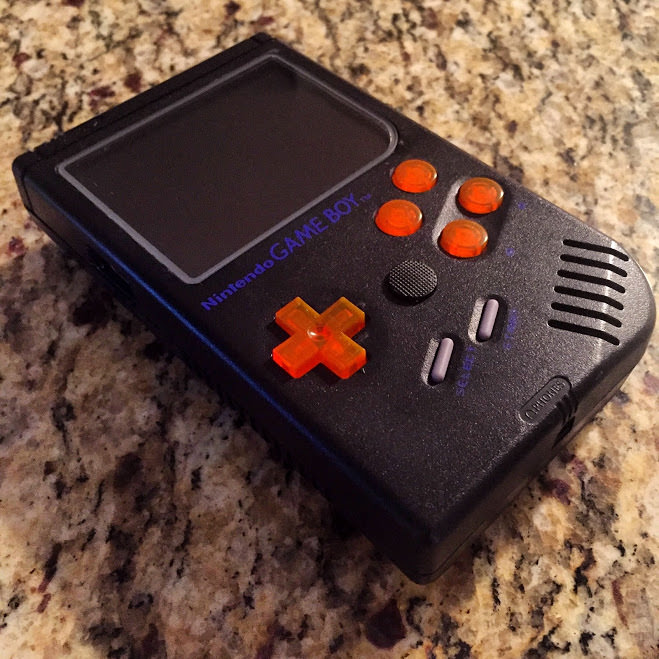 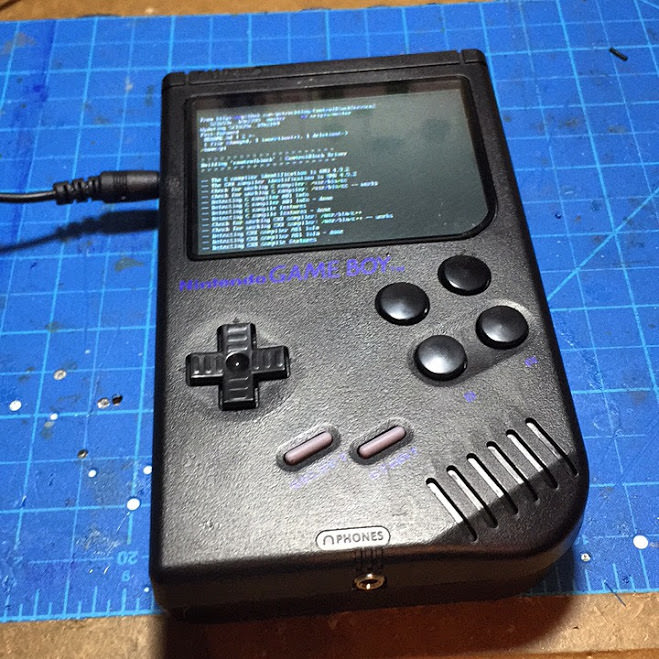 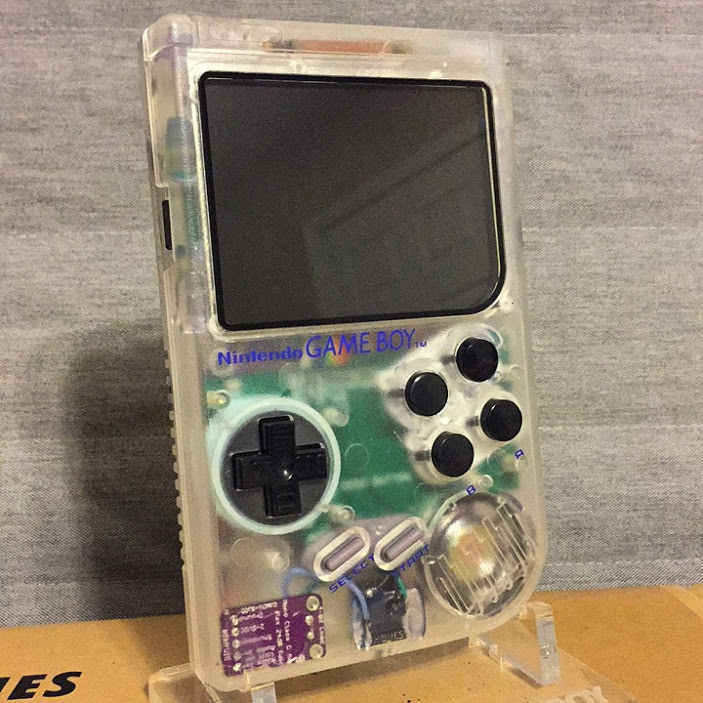 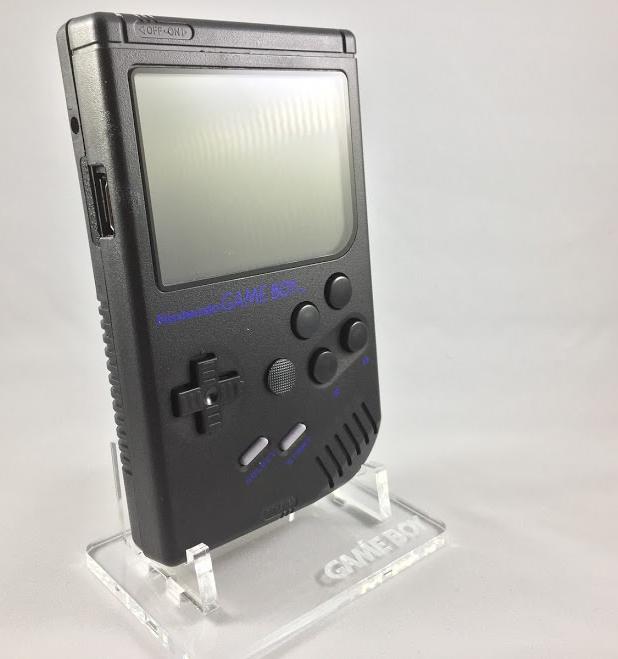 In Progress (Didn't take a final shot URRGGHHH) of a GLOW IN THE DARK GREEN / Black Pi3 (if you think the eBay 2500mAh batteries shown are good, THINK AGAIN! I use it to test power boards and that's it--can't hold much of a charge past 10 mins)
SpoilerShow 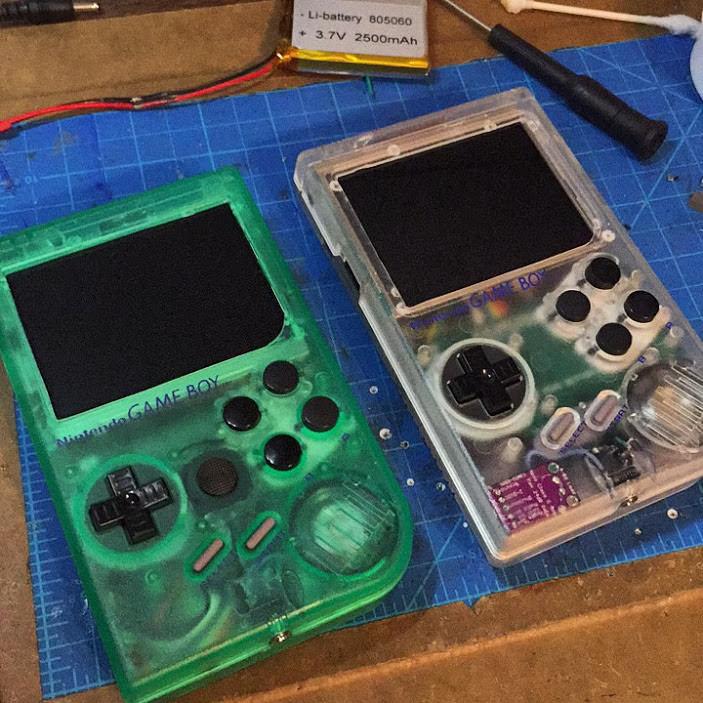 Oh and an OPi0W GBC that needs attention but works
SpoilerShow 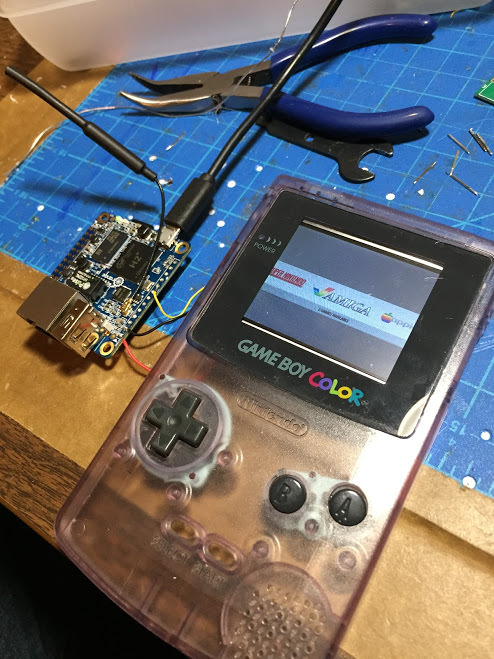 This is almost all of them, but I missed a few here and there. Last one of the year is clear / blue pi0W going to the Netherlands, then I'm taking December off... Except for the Game Gear and Lynx II, but those are for me.

Thanks for making it this far!
Top

I see your stuff on IG all the time when I do GameboyZero searches..always nice to look at ideas.
Top

Awesome! My hashtagging is working! Honestly I just advertise by hashtags and the tags on my Etsy store. Decent business just through that. I can't imagine building them full time, but as a side business it's been super fun.
Top

someones been a busy bee ... good grief man...
i enjoy putting these together but i dont think i could sell them. Even to just get my money back feels "steep" when i look at the parts, my first GBZ is pretty bare boned and it cost me around 150ish. Some people understand and would pay it but most would go "You want 200 for THAT?!" (some of my friends thought they'd rather just buy one off ebay and had that reaction lol)
Course the idiots that think its overpriced just reference the classic nes/snes pricetag. Dude, A) this is portable and B) add a 0 to the end of number of games.... lol...and you can add more if you are missing one you want.
Top

I’ve been fallowing your work among others, very clean and grey looking finished product! I’m very interested in your game gear and lynx build! I almost got a gamegear for $20 the other day, sold before I could set up a meet.
Top

Pyro4fun wrote: ↑
Mon Jan 29, 2018 12:17 am
I’ve been fallowing your work among others, very clean and grey looking finished product! I’m very interested in your game gear and lynx build! I almost got a gamegear for $20 the other day, sold before I could set up a meet.

Thank you! I'm also interested in the Game Gear and Lynx builds lol. I'm hoping in Feb / March I'll get some time to knock them out further, but I just took on a GBP as well. Never done!

Pyro4fun wrote: ↑
Mon Jan 29, 2018 12:17 am
I’ve been fallowing your work among others, very clean and grey looking finished product! I’m very interested in your game gear and lynx build! I almost got a gamegear for $20 the other day, sold before I could set up a meet.

Thank you! I'm also interested in the Game Gear and Lynx builds lol. I'm hoping in Feb / March I'll get some time to knock them out further, but I just took on a GBP as well. Never done!

Im interested in this, been wanting to do one myself for a while but it's getting the perfect fit screen!
Check out my modding and repair channel of retro and modern consoles:
https://www.youtube.com/channel/UCFz7yW ... GtQ/videos
Top

I want to know how you take your picture? Use a mobile phone or a professional camera? How to set the background and light?
Thx
Top
Post Reply
22 posts